The subscription video on demand market in the US continues to transform, as the proportion of subscribed households drops to 85%. 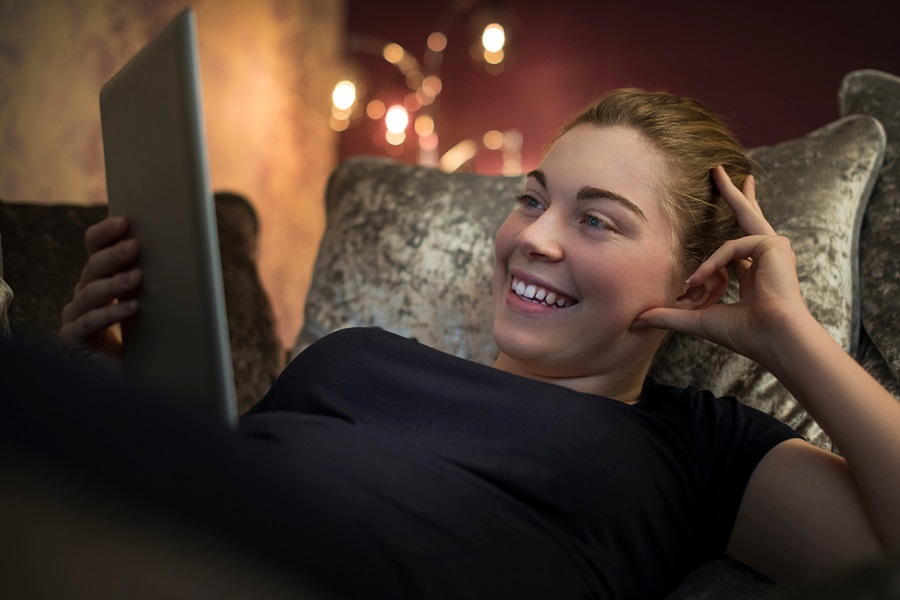 As the bulk of streaming penetration declines in Q3 came from “lighter” subscribers, in Q4 2021 we can expect to see fewer losses as the category is left with more engaged streamers. In an already crowded market, pressure mounts as Cable TV is winning among the pool of potential streaming subscribers and users.

Despite the decline in overall streaming, stacking continues to grow among those still in the market. Across total streaming, the average subscriber now has 4.2 streaming subscriptions, up from 3.8 in Q2 2021. The more mature platforms like Netflix, Amazon Prime Video, and Hulu continue to hold subscribers who are less likely to stack subscriptions, and stacking growth among these consumers is slower than the total market. For newer competitors launching into video streaming, competing with the mature platforms may be more of a challenge than competing with other maturing platforms.

This high stacking and growth of share among newer platforms in Q3 2021 indicate that below the surface the market can shift quickly. Although we don’t anticipate huge losses for the overall VoD market in Q4 2021, the share of subscriptions may continue to change. Platforms who keep their viewers engaged with leading content will determine who wins in this high stacking market.

As these newer subscription services gained their footing in the last quarter, their NPS scores improved significantly. Total streaming NPS rose to 44, up 4 points compared to Q2 2021. HBO Max, Showtime, Apple TV+, and Discovery+ saw the largest change in NPS, each rising by double digits. Across these platforms, variety of content and interface are commonly cited areas of satisfaction among subscribers.

With increased satisfaction comes increased use of each service, and declines in planned cancellation. In Q3 2021, only 4.4% of subscribers said they didn’t watch their subscription in the average week, down from 5.5% in Q2 2021. More streaming of each service is a good indicator of greater retention and lower churn in the future.

As Q3 2021 saw losses for the streaming category, Q4 2021 is expected to be a more positive story. Q2 2021 saw higher claimed planned cancellation, which was seen in the loss of lighter subscribers in Q3 2021. As the category is left with more engaged and more satisfied streamers, we wouldn’t expect to see the same declines in Q4 2021.

Highly watched and talked about content has a significant impact on streaming platforms, as we see with Apple TV+ in Q3 2021. Ted Lasso was both the most enjoyed and most recommended content in Q3 2021. While there was little impact on net household penetration and share of streamers, Ted Lasso helped drive satisfaction among current subscribers, reducing potential future churn. With strong content in Q3 2021, dissatisfaction with the platform was more centered around its interface (e.g. ease of use and ease of search). Despite some areas still driving dissatisfaction, Ted Lasso helped significantly improve Apple TV+’s NPS score, rising 18 points quarter over quarter. The platform’s NPS is now in line with total streaming.

Because Ted Lasso was the top content enjoyed, disuse of Apple TV+ dropped by roughly half from Q2 to Q3 2021. And among those who did not watch Apple TV+ in their typical week, those claiming it is because they have too many subscriptions declined by 35%. This indicates that for even irregular viewers of Apple TV+, the platform gained share of screen time from other platforms. If Apple TV+ can keep subscribers engaged post Ted Lasso, this metric is a positive indicator of being able to retain subscribers through Q4 2021.

If one title can have such a significant impact on a platform, Netflix can learn from Apple TV+ going into Q4 2021. With the popularity of Squid Games, expect the household penetration of Netflix to either stabilize or grow through the next quarter.

With FAST gaining share of the market, this streaming category is benefiting from the same trends as the total streaming market: higher NPS scores, higher satisfaction, higher loyalty. But FAST has other barriers to growing its market share, retaining users, and winning screen time, as demonstrated by Crackle.

As total streaming penetration is down, Crackle’s penetration rose 0.5 percentage points to 4.5% of U.S. households in Q3 2021. Although this seems low compared to the more established paid services like Netflix, it is a similar market share to newer paid services like ESPN+, Showtime, and Discovery+. However, while content is more of a subscription driver for paid streaming tiers, being easy to navigate is a key driver for bringing in new FAST users, particularly Crackle. New Crackle subscribers were driven by the ease of use (26% of new services) and ease of search (17% of new services) on the platform. These drivers are important to users ages 35-54 (ease of use) and 45+ (ease of search), but to drive growth with younger consumers, Crackle will have to focus on its perceived value.

Among existing users, satisfaction with ease/quality of search is a key point of difference between Crackle and other FAST platforms. Ease/quality of search accounts for 26% of satisfaction among Crackle services compared to just 18% of both Tubi and Pluto. Where Crackle falls behind is with the amount of original content and overall variety of TV series. As seen with Apple TV+, content can make a huge positive impact on streaming platforms, meaning Crackle has room to build on its current USP to bring in even more users and drive satisfaction.

As Crackle gained market share in Q3 2021, its NPS score rose 11 points to 26. This is still below the average FAST NPS of 29. While Crackle made improvements in the last quarter, it still falls behind the likes of Tubi, Pluto, and CrunchyRoll. With an NPS below average, planned cancellation of Crackle in the coming three months is higher than other FAST competitors, currently sitting at 5.3% of current Crackle subscribers.

Crackle users, like overall FAST users, are very high stackers. The average Crackle user has 6.1 subscriptions/services (vs 4.2 total streaming). These streamers have plenty of other platforms from which to find content if it continues to be a point of dissatisfaction for them within the Crackle platform. Crackle demonstrates that ease of use breaks down the barrier to signup, but without satisfactory content variety, there will still be barriers to retaining viewers and reducing churn, particularly among younger users.

The streaming landscape continues to be crowded and stacking continues to grow. Q3 2021 saw a loss of less engaged subscribers, primarily those with only one subscription in Q2 2021. As the bottom fell out, the category was left with more engaged subscribers, and as a result planned cancellation has dropped. Q4 2021 can expect to see more retention of subscribers, but more competition for screen time. Trending content will help determine who wins in Q4 2021.

Read: Has the US video steaming market reached saturation?

Read: AppleTV+ enjoys Emmy success... but will it win commercially?