A rise in store visits has come with a 13.6% decline in average spend per trip, suggesting a return to more typical shopping patterns. 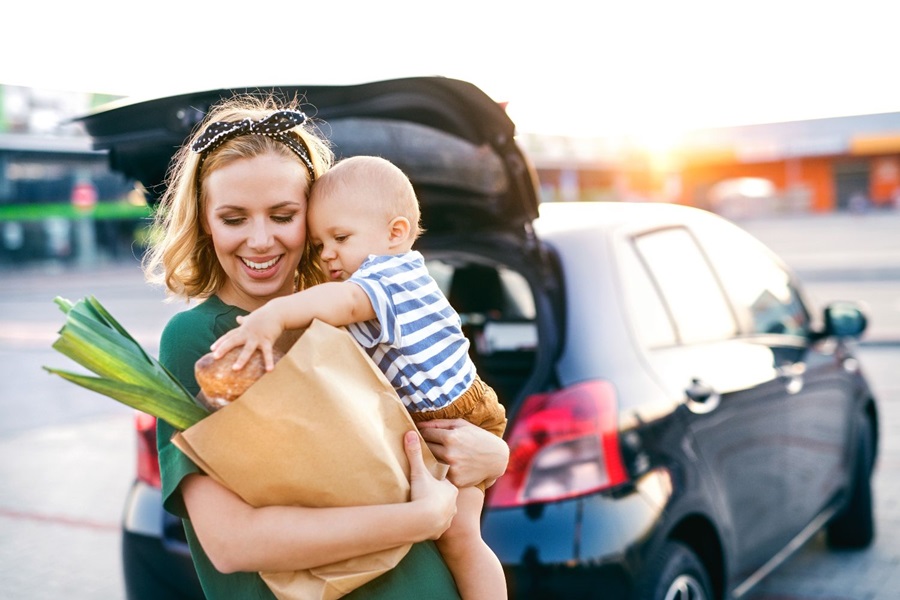 The latest take-home grocery figures from Kantar show that supermarket sales fell by 1.6% during the 12 weeks to 13 June 2021. While the number of grocery trips remains lower than in pre-COVID-19 times, since last year there has been a 13.1% increase in the number of shopping visits made each month by British households. As visits to stores rise, there has been a corresponding fall in the average spend per trip, down 13.6%, metrics which suggest a return to more typical patterns.

While it’s encouraging to see shoppers returning to the habits of old, there is still a way to go before the market entirely returns to normal. That’s demonstrated by the fact that sales in the past 12 weeks were still £3.3 billion higher than in 2019 before the pandemic hit. Retailers will also be benefiting from sales of goods consumed on-the-go, such as picnics and lunches eaten at work, which are not captured in these numbers.

Supermarket footfall in the latest four weeks was down by five million trips compared with May. The re-opening of indoor hospitality in certain parts of the country took some spend away from the grocers and into the nation’s cafés and restaurants. Britons also enjoyed the long-awaited arrival of summer this month. Often seen as the crowning glory of British summer time, a hot late May Bank Holiday this year had shoppers celebrating. The first real spell of good weather in 2021 saw £33 million spent on sun creams in the past four weeks, more than double the previous month. Despite pubs and restaurants being open, take-home sales of alcohol increased by £29 million compared to May in part thanks to events including the bank holiday, with another peak coming in the lead up to the much-anticipated European football championships in June.

Online sales accounted for the same proportion of the market – 13.4% – in the four weeks to 13 June as they did in May. This plateau, and the fact that year-on-year sales were up by just 0.2%, suggests the appetite for large online shops is approaching a new baseline. A really interesting recent development in online shopping is the rapid growth of fast-track delivery services for smaller top-up shops. Tesco launched its Whoosh platform in May to compete against start-up disruptors including Gorillas, Getir and Weezy which are moving into the market for smaller trips, with baskets under £25 currently worth £41 billion online and in-store each year. It’s definitely a case of ‘watch this space’.

The popularity of online sales during the past year has been one reason why Aldi and Lidl have been slow to make market share gains since the start of the pandemic. However, as shoppers revert to more typical habits, the two are finding success. Aldi was the fastest growing retailer over the past 12 weeks, with sales up by 6.6%. Much of its gains came from older shoppers who, having been vaccinated, are now more confident about visiting stores. Aldi’s market share increased as a result by 0.7 percentage points to 8.2%, matching its highest ever in March 2020. Lidl also enjoyed growth of 4.9% and saw its share increase from 5.8% to 6.1% this period. Aldi and Lidl are of course also major players on a global level, and their solid domestic performance this month is backed up on an international scale by Kantar’s recently published BrandZ report, which measures the value of global brands*. Aldi’s brand is now worth over $17.5 billion worldwide, while Lidl’s is valued at $11.7 billion.

No sign of shoppers paying for grocery inflation yet

Recent concerns about inflation in the wider economy have yet to materialise in the grocery market, where prices paid fell by 1.9% year on year. That is partly because of an increase in the number of promotions currently on offer – this period 29.6% of all grocery spending was done on some kind of deal, up from 26.4% this time last year. Sainsbury’s has had an eye on value with its ongoing price match campaign this year, and its market share has moved up by 0.3 percentage points to stand at 15.2%. Tesco gained 0.2 percentage points of market share this period marking the fifth consecutive month that it has increased, something which it hasn’t done since 2010.  Britain’s largest retailer has also seen its global brand value grow in the past year by 27%*, according to Kantar’s BrandZ findings.

Asda too made gains, with footfall up by 29%, more than any other big four retailer. Its market share also grew from 13.9% in 2020 to 14.1%. Morrisons’ market share remained at 10.1% as it annualised against very strong growth in June last year. Morrisons’ share price has jumped following private equity interest which came to light over the weekend. This follows nearly a year of solid retail performance for the grocer. In July last year it shrugged off several years of underperformance, and since then it has grown faster than the market each month until this one.

Co-op’s market share fell back from 7.4% to 6.3% this period, with independent convenience store operators seeing a similar pattern as shoppers start to use them more on the go but rely on them less for take-home groceries. Frozen food was very popular during last year’s lockdowns, an effect which is now slowing down for Iceland, with its share falling to 2.3% of the market from 2.5% 12 months ago. Ocado’s growth slowed to 5.4% as demand for online groceries stabilised, though it is worth noting that compared with two years ago it has seen a 50% increase in sales. Waitrose enjoyed growth of 3.3% this period, meaning market share increased by 0.2 percentage points on a year ago to 5%.

Get in touch
Related solutions
Consumer Goods Panel
We monitor FMCG purchases and trends across all retail channels, through the biggest consumer panels globally.
Learn more
Brand Valuation
Understand the value of brands, and the ROI of brand investments, to support commercial decision-making and aid growth.