US recession risks rise due to COVID-19

The global disease is a threat to US economic growth. How should suppliers and retailers respond? 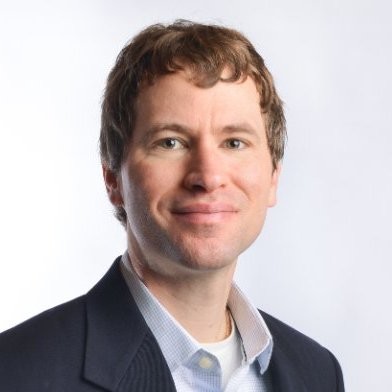 COVID-19, the disease caused by the new coronavirus, has emerged as the pernicious element that has often contributed to past US recessions — an unpredictable and hard-to-quantify global event.

The global disease joins the two other common recession ingredients — shifting policies and credit bubbles — that were already a threat to US economic growth. Kantar has been encouraging clients to develop a baseline and worst-case scenario for the next 18 months amid a potential recession. The disease makes this exercise even more essential for suppliers’ and retailers’ sales plans.

A great deal is unknown about the future spread of the disease in the US and how the US government will respond. Kantar will be publishing a number of reports addressing the disease’s current and potential effect on US retailers and suppliers. Here, we present a point of view on current market consequences and the potential for a recession. As information unfolds, clients can find updated and in-depth economic insights, on the Macroeconomic Insight Center.

Let’s first address the disease’s current and near-term effect on US markets fed mostly by its global impact.

Household energy costs will fall rapidly in the coming weeks. That will free up cash for US consumers but put energy-related jobs at risk. The picture is mixed for food and agriculture prices. Meat prices will fall at retail, while prices of net imports cocoa and coffee may increase. Merchandise categories will see shortages to an unknown degree. (The extent of the logistical and inventory implications will be evaluated in a separate report.)

Whether consumers will have the confidence to spend some of the money they save on food or fuel on discretionary items is a key question. While consumer confidence held steady on average in February, it may have plummeted in the past week.

The slumping stock market could put some luxury and big-ticket home goods purchases on hold. The stock market fell almost 15% last week. While the stock market regained some ground in recent days and is above its year-ago level, expect ongoing volatility. The last time the stock market fell to this extent — albeit over the course of two months, not one week — was in the fourth quarter of 2018. Back then, consumer confidence fell, but shoppers’ spending plans as tracked by ShopperScape® were resilient. This reaction raises optimism that if the job market remains unscathed, shoppers will hold to their previous spending plans.

Stock market investors will cheer the Fed’s move to lower short-term rates by half a percentage point. This move will, at least temporarily, limit negative effects on the spending of Balance Sheet consumers (i.e., those with a large amount of assets) who account for a relatively high share of big-ticket purchases.

Perhaps most at risk of cutting back on consumables categories and small-ticket apparel are Cash Flow and Income Statement shoppers (i.e., those with limited savings or who use a higher share of their income to service their debts). These shoppers may be forced to miss a needed paycheck if they feel ill and stay home for a few days. The number of these out-of-work individuals is likely to far outweigh those infected with the disease.

When evaluating the potential for a US recession in the coming quarters, we need to consider more than just the spread of COVID-19. It’s likely that other existing risks to the economy will influence the type, likelihood, and severity of an economic downturn 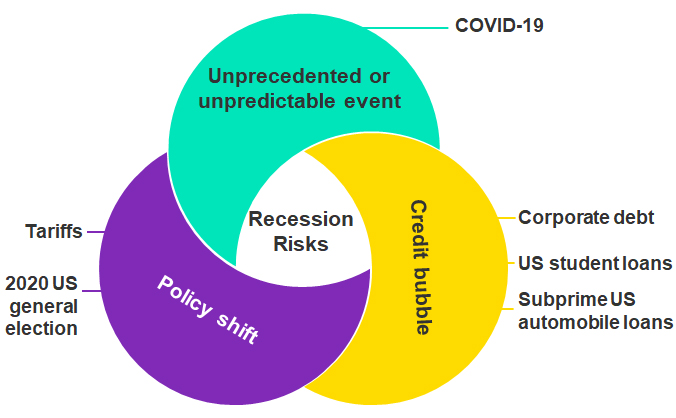 The government policy environment has already put 2020 business investment on uncertain footing. The disease could be a tipping point for businesses that were considering delaying some investments until at least 2021.

Businesses are still licking their wounds from higher tariffs and the slower global growth that followed. The US-China trade deal has mostly represented a cease-fire in the trade war rather than a return to previous trade levels between the two countries.

The 2020 general election may also hinder investment plans. The two main presidential candidates will likely have starkly different plans for such key business concerns as taxes, trade, and environmental policy.

Credit or asset bubbles, which may have been manageable otherwise, are likely to become a financial liability if the disease or possibly the policy environment causes an economic slowdown.

In the US, heavily leveraged corporations will teeter toward default because of sagging domestic demand. Most at risk? The energy and consumer industries that took on a heavy amount of debt after the Great Recession and that are sensitive to swings in demand. Retail sales in oil patch regions in the US and Canada will drop noticeably, similar to when oil prices fell sharply in 2016. Rather than just strategically close stores, struggling retailers trying to revive sales growth will be quickly forced into liquidation as sales fall further and creditors tighten the reins.

Corporate debt leverage is an even bigger concern in China, and has been for several years, raising the likelihood that the disease will push many Chinese firms into default. Support from the Chinese government could be enough to contain the financial fallout from becoming global, but that is not assured.

While there are no signs the US job market has been affected so far, the bankruptcies and tighter credit conditions that could result will certainly cause job losses. Defaults on consumer loans will follow.

Credit card defaults will spike given their historical sensitivity to economic fluctuations. Student and automobile loans are much more at risk of default than at the start of previous recessions. The good news is that home loans are of much higher quality than they were in prior to the Great Recession. Souring loans in other areas of consumer lending won’t have the same impact as mortgage loans did during the Great Recession because they are smaller in total value and, in most cases, don’t have an underlying asset that would be greatly devalued by loan defaults. Still, credit conditions for all loans will tighten to cushion banks reserves, stifling all areas of spending and investment.

The impact to the economy from delinquencies is most direct in the automobile sector. Auto dealerships and manufacturers face massive losses, not just from fewer sales, but from bad loans. The Midwest could wind up in the worst condition of all regions if automobile-related jobs and incomes are lost.

Retailers and suppliers need to consider all the dominoes that may fall because of this unprecedented event, not just the geographic location or the isolated threat of the disease. These considerations should include the likelihood that a US recession will eventually tip Canada or Mexico into recession.

Questions on how recession risks may affect your business, whether in the US, Canada, or Mexico? Please reach out and stay tuned for more Kantar coverage of COVID-19 and its effect on retail.