Amazon has kicked off the holiday ad windfall early with ads that promote Prime Day as the ideal gift-giving opportunity. 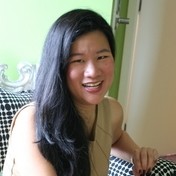 Get in touch
Advertising Media & CommunicationRetail

2020 has truly been an unprecedented year, and many are wondering if the winter holiday season will be disrupted along with everything else. According to initial indicators, the answer is definitely yes. One key change is that holiday shopping and advertising are starting earlier than ever, spurred in part by Amazon’s October Prime Day on October 13-14. Amazon has kicked off the winter holiday ad windfall early with ads that promote Prime Day as the ideal gift-giving opportunity. How will these ads be received by consumers, and what will this mean for seasonal advertising?

Pandemic lockdowns created huge changes in how consumers live and shop, and with COVID-19 still in force it’s clear it will impact the holidays in several ways. Kantar’s Retail IQ group has found that close to a third of consumers are planning on spending less this year, and that the way they will shop is also changing. Close to half of consumers are less inclined to shop in person this year, while 40% are more inclined to shop online. And with the memories of this spring’s shipping delays still top of mind, many consumers are likely planning to start shopping sooner than ever.

Given this context, moving Prime Day from the summer to mid-October is clearly a savvy move for Amazon, allowing it to maximize share of wallet amongst consumers who are just starting to shop, and also relieve some of the pressure on its supply chain by pushing purchases earlier in the season. Of course, advertising will play a critical role in driving awareness and encouraging consumers to buy.

Amazon has already been increasing its ad budgets throughout the pandemic: In the first half of 2020 it spent close to 8% more than in 2019, reaching $1.4 billion. During this same period, US retail ad spending as a whole declined by 22.6%. Its TV ads supporting Prime Day debuted on local television October 8 and October 11 and were the first ads from a major retailer to appear with significant holiday themes. This is weeks earlier than winter holiday-themed advertising has started in recent years, which typically only begun in earnest after Halloween.

Building sales or building the brand?

In order for these ads to succeed, they will need to resonate with consumers. To assess their impact, Kantar analyzed both the “Two Days to Save Big” and “Holiday Wade” ads with its new LinkAI application that uses artificial intelligence to predict consumer response in real-time.

The analysis found that while both ads should successfully drive awareness, “Holiday Wade” hit the mark better, scoring 74 out of 100 for awareness as compared to 70 for “Two Days to Save Big.” With its depiction of “gift wrapping god” Wade, that ad also scored better for enjoyment and attracting attention. However, the simple animated Two Days to Save ad, with its large logo displays, scored higher in brand difference, and its strong value message was also more meaningful for consumers. The same graphics were also used in banner ads, reinforcing the brand message.

One factor that should help both ads is that Amazon appears to have an open field when it comes to TV. While Walmart, Target and Best Buy also rolled out their own “Black Friday in October” deals to compete with Prime, none of those retailers promoted the sales on TV.  Of course, these two ads are just the opening salvo in the battle for holiday wallet share. Kantar will be monitoring advertising and retail trends throughout the season, so keep visiting Kantar.com to discover our latest insights.

Watch ()
Get in touch
Related solutions
Competitive Advertising Intelligence
Connected data about what brands are saying and spending across media channels, to inform strategy and boost performance.
Learn more
Audience Data at Scale
Get increased precision and enhance your own data with a scaled approach to audience measurement.
Learn more
Retailer, Channel & Shopper Intelligence
Get the empowering insights you need to boost your business, and shape the future of retail.
Learn more