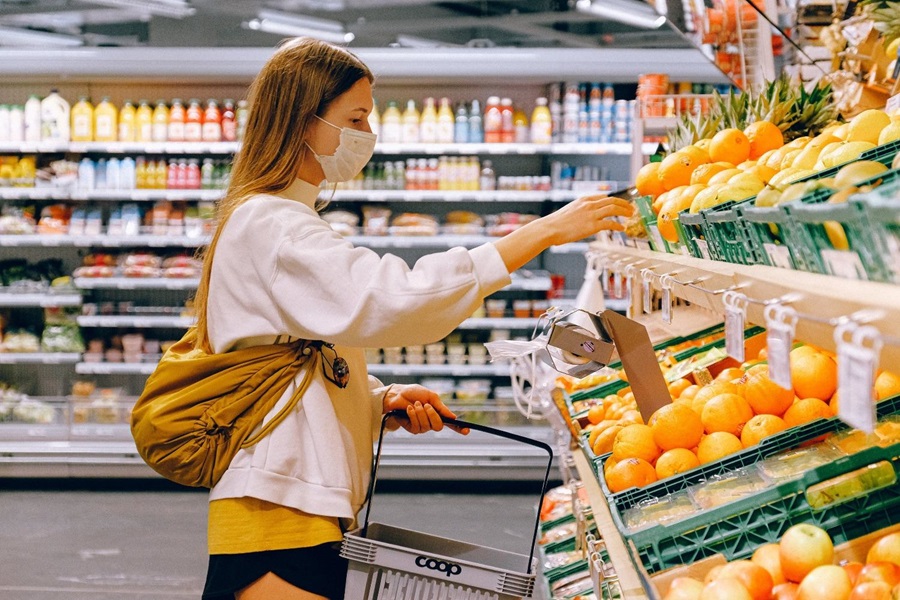 British take-home grocery sales rose by 14.3% during the 12 weeks to 17 May, the fastest rate since comparable records began in 1994, according to the latest figures released by Kantar today.

The most recent three-month period now includes both the pre-lockdown rush to the shops in March, and eight weeks of stay-at-home advice from Government – a combination which has resulted in the fastest growth in take-home grocery sales for over 25 years. While these are bumper figures, it remains true that the overall picture for some grocers will be less positive, as supermarkets continue to feel the impact of a considerable reduction in on-the-go spend on meals, drinks and snacks. Those categories usually add up to £1 billion* over the course of 12 weeks and they aren’t included in these numbers.

In the latest four weeks to 17 May, take-home grocery sales growth accelerated to 17.2% year on year as the Government announced the first stage of easing lockdown restrictions. In the most recent four weeks, the trend towards fewer, larger shops that we saw in April broadly continued. Shoppers visited the supermarket 3.5 times per week on average, meaning 100 million fewer trips overall than the same month last year, and increased their spend each trip to £27.41 – nearly 50% more than they did during normal times.

People have been working their way through their store cupboards over the past couple of months and some will now be spending a bit more on each visit to the supermarket to replenish supplies. The greatest rise in spending has been among families with children over the age of 16 living at home, reaching £618 on average this month compared with £545 last May, as they continue to cater for more people living under one roof and compensate for meals not eaten at work, school or college, or while socialising with friends.

Some of this spend has been directed online, and shoppers trying to make use of delivery services when they can have increased digital sales by 75%. Online shopping now accounts for 11.5% of all grocery sales, gaining more ground and attracting more new shoppers in 2020 than the channel has in the previous five years. The retailers have done a brilliant job of reacting to a sudden spike in demand by increasing their online capacity, and it’s meant that nearly one in five British households ordered groceries online in the most recent four weeks, 1.6 million more than this time last year. And it’s not just groceries experiencing a boom – people missing their favourite restaurants and wanting to treat themselves have pushed takeaway deliveries** up by 250% year-on-year.

While the gains made by online shopping are unlikely to be sustained at these levels, the crisis has certainly accelerated the move towards online. The grocers have attracted a new group of customers, in particular older demographics, and we expect some of them may continue using online services and enjoying the convenience that home delivery provides.

Consumers are taking their first tentative steps out of the full lockdown and the number of people visiting bricks-and-mortar shops began to increase ever so slightly in the week leading up to 17 May, following the relaxation of some measures by Government on the previous Sunday. Shoppers made the most of parks and warm weather to enjoy picnics with their households and socially distanced catch ups with one other person, helping to boost sales of chilled dips by 22%, crisps by 28% and carbonated soft drinks by 25%, during the course of the four weeks.

Thursday 7 May, the day before the Friday Bank Holiday to mark 75 years since VE Day, was the biggest shopping day of the month and £488 million was spent on take-home groceries. With pubs and restaurants still closed, people made the most of the sunshine at home and sales of frozen confectionery and alcohol were 40% and 50% higher than last year respectively. Barbecue weather for many may have encouraged shoppers to spend £17 million more on burgers and £24 million more on sausages year on year.

Looking ahead, shoppers and retailers are now thinking about what the impact of a less restrictive lockdown will be, and a phased re-opening of non-essential retail and the out-of-home food and drink sector will have a significant impact on grocery sales in the coming months. However, with plans for reopening the hospitality sector still uncertain, we are currently projecting that extra meals, snacks and drinks consumed at home will mean take-home sales at the grocers could be up 12% over the course of 2020 as a whole.

An update on the grocers

All ten major supermarkets and the combined group of independent retailers increased sales in the 12 weeks to 17 May. However, some of these gains will have been offset by a decline in ‘on-the-go’ purchasing, including breakfasts, lunches and snacks as well as any sales to businesses or schools.

Shoppers staying closer to home and avoiding queues at large supermarkets benefited both Co-op, up by 30.8%, and independent retailers, up by 63.1%. Co-op reached 7.0% market share, a level last achieved in 2011, while the 2.5% of sales taken by independent grocers was last seen in 2009.

Please note that four week ending or six week ending retailer share data should not be used in media reporting. The 12 week ending data stated in this release covers a longer time period which means it is a superior indicator of retailer performances and trends. Kantar has drawn on four-week ending data to evidence overall market trends and changes in shopper behaviour in light of the coronavirus outbreak and to give a more accurate picture of this fast-changing situation.

These findings are based on Worldpanel FMCG data for the period to 17 May 2020. Kantar monitors the take home grocery purchasing habits of 30,000 demographically representative households across Great Britain. Kantar grocery market share data includes all expenditure through store tills, excluding petrol and in-store concessions. All data discussed in the above announcement is based on the value of items being bought by these consumers.

Kantar’s Till Roll universe covers all take-home purchasing from the grocers, of which alcohol, ambient, fresh, frozen, healthcare, household, and toiletries make up the majority. These items typically account for around 85% of sales for the grocery retailers, with the other 15% made up of items like food on the go, fashion, and general merchandise. These smaller markets usually remain as a stable proportion of retailer sales, which means by monitoring the 85%, Kantar has an accurate read of overall retailer and market performance.

Unique lockdown circumstances have meant the majority of expenditure across the non-take home markets has decreased significantly or disappeared completely. This may have had an impact on sales for some retailers which is not reflected in our read of take-home sales.

*Kantar’s ‘Out of home’ panel records food and non-alcoholic drink purchasing, wherever it is bought and consumed, that is not part of a take-home grocery shop. Data is collected from a panel of 7,500 consumers who record purchasing via a mobile app. The on-the-go sales referenced here is purchasing at Grocers only.

**Kantar’s ‘Out of home’ panel also covers takeaways and deliveries. The data referenced here on deliveries refers to the 4 weeks to 19 April 2020.