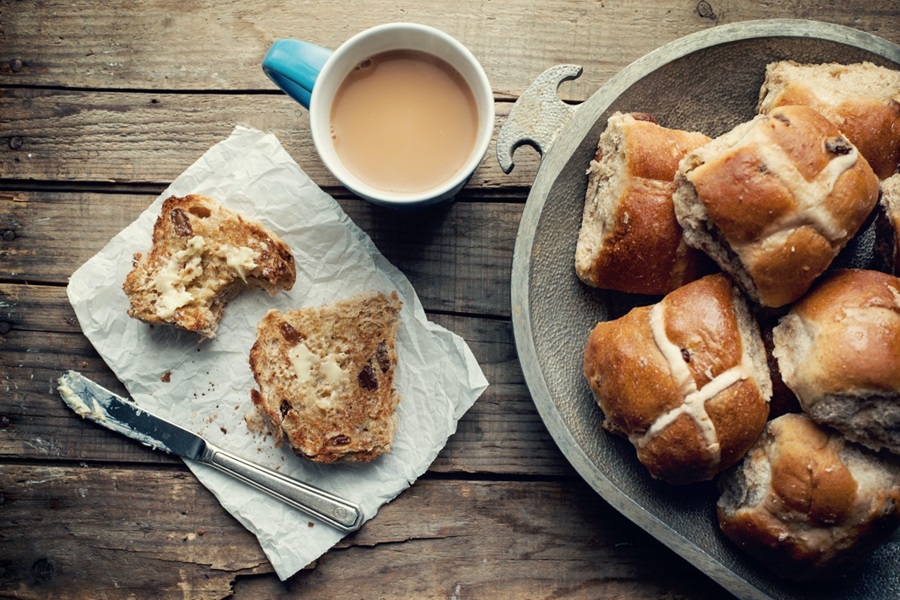 The figures, published today from Kantar, show year-on-year supermarket sales growth of 1.4% during the 12 weeks to 24 March 2019. This year’s late Easter, and the fact that Mother’s Day falls outside the reported period, contributed to the market growing at its slowest rate since March 2018 and trimmed an estimated 0.5 percentage points off the overall growth rate.

Despite Easter being a full month away, British shoppers have already splashed out £146 million on Easter eggs this year and 42% of households have bought hot cross buns. Some have used the longer lead up to Easter to embark on a spring clean, with sales of carpet cleaners up by 18% and accessories such as cloths and sponges up by 9% compared with this time last year.

Meanwhile, scrutiny over single-use plastics continues. Consumers are applying pressure on the retailers when it comes to packaging and making their feelings known in the fruit and vegetable aisles – 21% of fruit, vegetable and salad items were sold loose over the past 12 weeks, with sales growing twice as quickly as packaged produce.

Aldi sales increased by 10.6%, helping it achieve a new record high market share of 8.0%. Thirteen million households visited Aldi at least once in the past 12 weeks – now more than those shopping at Morrisons. London holds potential for Aldi – as both its fastest growing region and where its market share is currently lowest – going some way to explain the recently announced trial of the smaller Aldi Local format in the capital.

Lidl was the second fastest growing supermarket, with sales increasing quicker than last month at 5.8% and market share growing by 0.3 percentage points to 5.6%. Particularly strong growth was seen in bakery goods, frozen foods and biscuits.

Tesco grew by 0.5% to achieve market share of 27.4%, 0.2 percentage points lower than a year ago. The popularity of the ‘Exclusively at Tesco’ range continues to rise – its products went home in nearly a quarter of Tesco shopping baskets and sales reached £138 million in the past 12 weeks. The number of sales completed through a deal at the retailer increased to 40.1%, which is notable at a time when the level of promotion across the grocery market has fallen to less than 31%, the lowest in a decade.

As Easter approaches, Asda has built on two years of continuous growth and increased sales by 0.1% this period to become the second largest retailer in Great Britain, with a 15.4% market share. Asda’s performance has been fuelled by attracting a greater number of affluent households and shoppers making more regular trips.

Sales at Sainsbury’s fell by 1.8% and market share dropped by 0.5 percentage points to 15.3%. Despite being overtaken by Asda in main store sales, Sainsbury’s remains the biggest seller of food and drink out of the two retailers and these figures do not include Argos. Sainsbury’s premium ‘Taste the Difference’ line is still a bright spot, with sales rising 4.4% and the brand growing sales of alcohol, poultry and dairy products in particular.

Growth accelerated at Co-op, taking its market share to 6.1%. New store openings and a focus on own brand lines, which saw strong growth of 6.5% compared with last year, helped generate sales, particularly in London.

Meanwhile, Ocado’s market share reached a new high of 1.3%. As both Ocado and Co-op have announced new West London-based rapid delivery systems in the past month, it’s clear they are eyeing up the £46 billion market of less than £30 top-up shops – of which only a fraction are currently home delivered. However, it remains to be seen if this can be successfully rolled out beyond these initial small areas.

Despite attracting an additional 40,000 shoppers over the past year, sales at Morrison’s fell by 0.1% this period as visitors picked up fewer items on each trip to the store.

At 1.3%, Waitrose posted its strongest growth since August 2018, as running less promotional activity than last year has allowed full price sales to increase. Iceland sales increased by 0.6%, with its share staying at 2.1% of the market.

These findings are based on Worldpanel FMCG data for the 12 weeks to 24 March 2019. Kantar monitors the take home grocery purchasing habits of 30,000 demographically representative households across Great Britain. Kantar grocery market share data includes all expenditure through store tills, excluding petrol and in-store concessions. All data discussed in the above announcement is based on the value of items being bought by these consumers.

A note on inflation: Grocery inflation now stands at 1.5%† for the 12-week period ending 24 March 2019. Prices have been rising since the 12 weeks to 1 January 2017, following a period of grocery price deflation which ran for 30 consecutive periods from September 2014 to December 2016. Prices are rising fastest in markets such as cola, crisps and chilled deserts, while falling in instant coffee, fresh sausages and nuts.