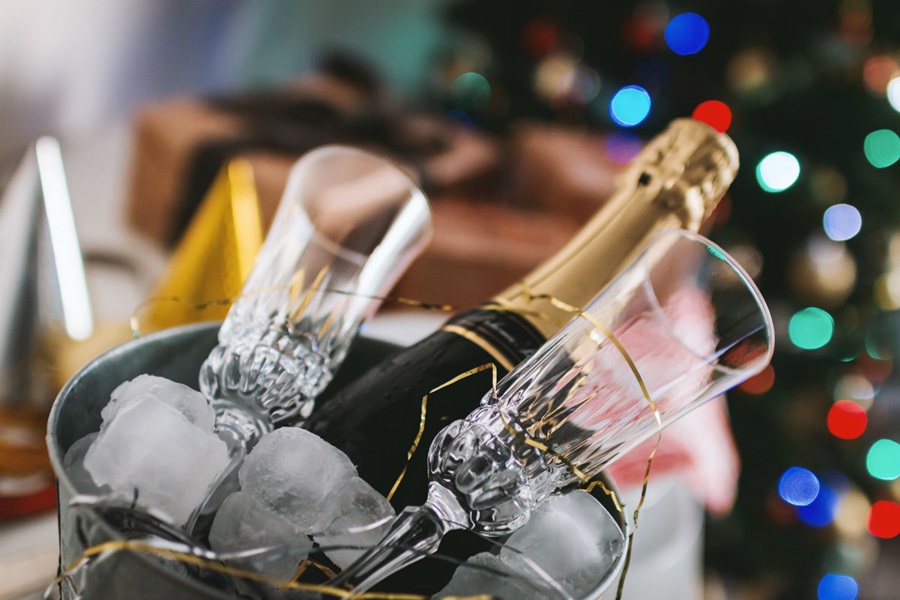 The latest grocery market share figures from Kantar show year-on-year supermarket sales grew marginally by 0.2% in the 12 weeks to 29 December. While retailers still took a record £29.3 billion through tills in the so-called golden quarter – up £50 million on last year – 2019 saw the slowest rate of growth over the Christmas period since 2015.

There was no sign of the post-election rush many had hoped for in the final weeks before Christmas, with shoppers carefully watching their budgets. In fact, many of us cut back on traditional and indulgent festive classics. Sales of Christmas puddings were down by 16%, while seasonal biscuits were 11% lower. Turkey sales also fell by 1%, partly down to a shift from whole birds to smaller and cheaper joints such as crowns.

Shoppers also popped fewer corks this year, as sparkling wine sales dipped by 8%. However, both beer, up 1%, and still wine, up 2%, were more popular than in 2018. As predicted, Monday 23 December was easily the single busiest shopping day of 2019 – and indeed the largest shopping day ever recorded – worth £798 million as the nation stocked up before Christmas Eve.

Overall, average household spending over the 12 weeks fell by £8 to £1,055, while total volume sales fell by 0.7%. Meanwhile, like-for-like prices only rose by a fractional 0.9%, which was good news for consumers looking to control festive bills, but the low level of inflation did little to boost the market.

Among the bricks and mortar retailers, Lidl led the way with sales growth of 10.3% over the past 12 weeks. It performed particularly strongly with branded products, where sales were up 24%. Together with Aldi, the discount retailers took their highest ever combined Christmas market share.

At the end of the decade, it’s worth remembering just how quickly Lidl and Aldi have grown. Their current combined market share of 13.7% is more than treble what they held in December 2009, an unprecedented increase over the course of ten years.

Individually, Aldi’s sales were up by 5.9%, and its market share grew by 0.4 percentage points to 7.8%. Sales of the supermarket’s Specially Selected range rose by £18 million, the highest rate among all retailer premium own label lines. This year’s ‘Kevin the Carrot’ adverts also went down well with shoppers, as the addition of new characters to the story helped to sell 2,498 tonnes of sprouts – an increase of 44% on last year.

Britain’s fastest growing grocer overall was Ocado, with sales rising by 12.5%. The online retailer has now been the fastest grower since June 2019.

The slow market made it particularly difficult for the largest retailers to increase sales. The ‘big 4’ grocers were especially impacted by customers choosing to make one fewer trip to stores in the latest period. Sales at Sainsbury’s fell by 0.7%, although its market share held relatively firm dipping by just 0.1 percentage points to 16.0%. Sainsbury’s online sales were a highlight however, increasing by 7% with a total 1.1 million users over the past 12 weeks.

Meanwhile, Tesco sales were 1.5% lower, with its share down by 0.4 percentage points to 27.4%. Asda and Morrisons also saw sales fall by 2.2% and 2.9% respectively, with their market shares also dropping.

Co-op’s 3.0% growth was ahead of the market, and enough to increase its share by 0.2 percentage points to 6.1%. Much of its success was fuelled by chilled products, with fresh poultry sales up by 10% and convenience items like pizza up 9%.

Waitrose’s market share remained at 5.0%, unaffected by a 0.9% fall in sales. Iceland on the other hand enjoyed a bright festive spell. Iceland’s sales rose by 1.3% as its recent newspaper coupon campaign helped to attract an extra 390,000 shoppers through its doors. As well as increasing sales of frozen food, other categories which performed particularly well included soft drinks – up by 21%. Iceland was one of the five retailers to win market share, gaining an extra 0.1 percentage points to stand at 2.3%.

Get in touch
Related solutions
Consumption Occasions
Understand where opportunities lie, and which occasions should drive your growth in FMCG.
Learn more
Consumer Goods Panel
We monitor FMCG purchases and trends across all retail channels, through the biggest consumer panels globally.
Learn more