While new product development took a back seat in a year where supermarkets sought to keep shelves filled with staples, some brands hit on a winning formula.
Read report Contact us 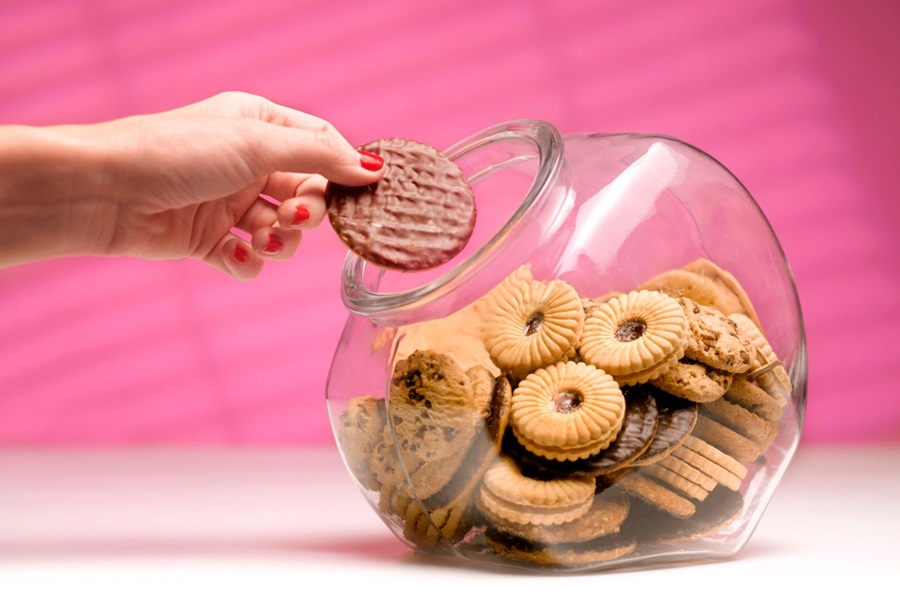 While innovation in FMCG was already in decline in 2019, that decline accelerated in 2020, with new launches accounting for less than 10% of all branded take-home grocery sales in Great Britain. With the pandemic causing huge shifts in consumer behaviour, many core lines were flying off the shelves, meaning that brands had less need to innovate to find growth. Additionally, ensuring consistent supply of core lines to the retailers became manufacturers’ priority during this time of high demand. Manufacturers, in some cases, were also holding on to their NPD (new product development) budget to provide a buffer in case of further unexpected turns in future.

As a result, innovation fell back even in absolute terms, with £291 million less spent on new launches compared with 2019. Existing product development (EPD) accounted for a big share of that shortfall, suggesting smaller-scale modifications to existing products (like a tactical size change) were deprioritised over NPD over the course of 2020.

Not all categories are equal

The picture isn’t uniform across FMCG, though. The categories seeing the greatest fluctuation in the rate of innovation reflect consumers’ changing needs during a year of lockdowns and restrictions.

Toilet tissue is an example of a category where there was little need for innovation; GB sales grew £76 million and core lines flew off the shelves as shoppers stocked up in readiness for more time spent at home.

Another example of this is tonic water. With bars and restaurants closed or only able to operate a limited service, sales of existing tonic water lines grew by £52m (42%) because of consumers switching to at-home cocktails. This meant new products in this category had a smaller proportion of the overall spend on tonic – this share was down 11 percentage points year on year.

In some cases, there was reduced demand. Some beauty products, like razor blades, became much more discretionary this year. With more men sporting beards and fewer women shaving their legs, the market lost £25m in spend on NPD and £7.5m on existing lines. Hair styling – previously a more innovative than average category – took a back seat for many consumers, and spend on both existing and new lines declined.

Categories such as cleaning accessories (up 11 percentage points), liquid soap (up 8.9 percentage points) and machine wash products (up 7.4 percentage points) saw big jumps in the share of spend through innovation this year, as hygiene became such a key driver for shoppers. Manufacturers that moved quickly were able to capitalise on this trend.

Given this context, it’s understandable that of the top 100 FMCG manufacturers, only 18 managed to achieve 12% of their sales via new products (the average rate for brands this year), and only 14 managed to sell more than 15%, compared with 27 last year.

Those manufacturers generating a greater proportion of sales from NPD are predominantly in the more impulsive snacking categories. In 2020, these appealed to shoppers looking for a treat during lockdown, whether in lieu of a holiday or to replace the food and drink they would have normally consumed out of home. In crisps overall, share of spend on new lines increased by 1.1% despite existing lines growing by £164m. And it is no coincidence that PepsiCo brands take three spots on our list of the top 10 most valuable FMCG launches of 2020, with Walkers Max Double Crunch Crisps, Walkers Giant Wotsits and Walkers Doritos STAX.

Manufacturers of more staple categories (such as Arla, H J Heinz, Warburtons Bread and Dairy Crest) saw much lower shares of sales through innovation than in 2019, reflecting the focus on core lines during this time of heightened demand while many of us catered for more mouths to feed at home.

What have this year’s top 10 launches have had in common?

As in previous years, premiumisation is a common theme among many of the top 10 most valuable launches, offering a strong lever for generating incremental growth for the category. Maltesers biscuits, Febreeze Bathroom Spray and Felix Tasty Shreds all encouraged shoppers to trade up.

Health and lifestyle trends have also influenced the products in our list. Danone’s launch of the Danone brand (Simply fruit) range at #8 and the newly launched “This Isn’t” meat alternative range at #9 both centre sustainability and health messages.

Of course, the largest trend has been snacking: six of the of the top 10 are treats. Across biscuits, crisps or confectionery, these products have dominated the top 10 – capitalising on a surge of consumption during the pandemic.

After almost a full year of COVID-19 restrictions, many consumers will be itching to resume their usual routines, venturing out more often and eating out of home. But not all behaviours are going to snap back to pre-pandemic norms.

With over half of UK consumers having attempted to replicate an out-of-home experience at home during 2020, many will have sampled new products and established new alternatives. Products like hair colourants, coffee pods, restaurant-branded meal-kits and at-home cocktails could all well be experiences consumers continue to enjoy in home, at least to some extent.

On top of that, new behaviours have been learned; more consumers are now able to scratch cook with increasing confidence, which could prompt innovations to facilitate this new pastime. Similarly, with men’s facial hair having a resurgence, we could well see a rise in products to cater to this. Successful innovations of 2021 and beyond will be those products which address these emerging consumer needs, particularly at the moment when we emerge from the pandemic.

Watch our webinar on demand to find out more.