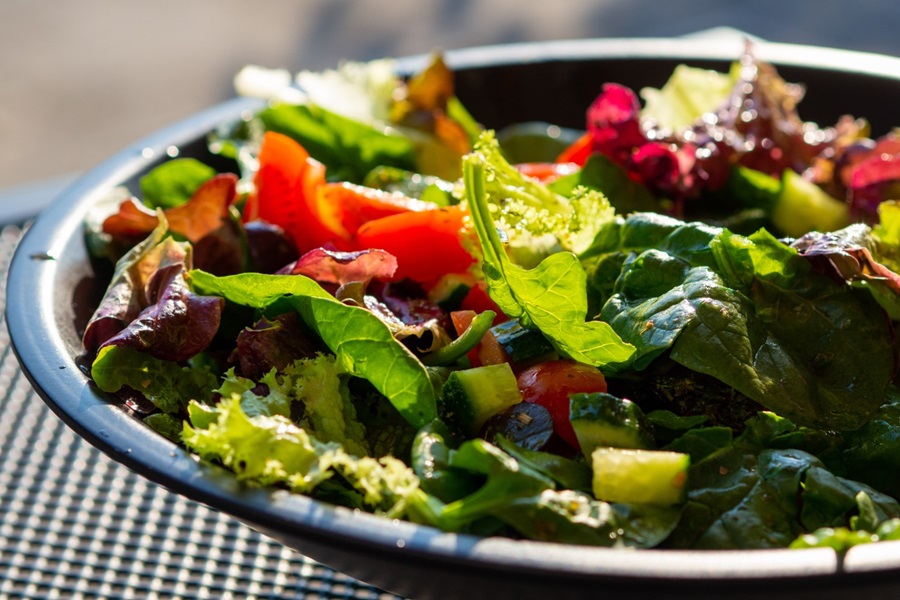 The latest #GroceryMarketShare figures from Kantar for the 12 weeks to 27 January 2019 show the sector remains in growth – up 1.7% compared to this time last year – boosted in part by the strong performance of fresh produce for Veganuary.

Looking back on 2018 as a whole, one of the most notable consumer trends is the shift to a more plant-based diet. Today, 1% of all households include a vegan, 5% have a vegetarian and 10% have flexitarians in their ranks. This move has contributed to consumers eating a total of 4.4 billion meat-free dinners in 2018, an increase of 150 million meals on the year before.

Following an indulgent Christmas period, health-conscious shoppers and Veganuary participants helped sales of fruit, vegetables and salad surge by £46 million compared with January last year. Cucumbers, carrots and berries in particular proved to be shopper favourites, rocketing by 26%, 22% and 13% respectively. Meanwhile, over two-thirds of customers bought an item labelled ‘free-from’* over the past month, with dairy alternatives like plant milks making up a quarter of total free-from sales.

Almost a third of consumers claim to be open to Dry January but this did not stop total alcohol sales from enjoying double-digit growth of 10% in the last 4 weeks. Alcohol performed well over the month, though this was helped by a strong New Year’s Eve, and when excluding sales on 31 December growth falls to 2.9%. All in all, 53% of households bought alcohol in January and while non and low-alcohol beers jumped by 79%, the popular #Ginuary helped gin sales grow by 23%.

Aldi and Lidl have continued their strong run of form: 18.3 million households shopped in at least one of the discounters over the past 12 weeks, spending an average of £204 – up £8 compared with this time last year. With sales up 9.1%, Aldi was the fastest-growing supermarket, increasing its market share by 0.5 percentage points to 7.5%. Meanwhile, Lidl’s market share rose by 0.3 percentage points as sales growth clocked in at 7.3%.

With the exception of the discounters, Co-op was the only retailer to gain market share over this 12-week period. This now stands at 5.9% – up 0.1 percentage points on this time last year. An additional 346,000 consumers visited its stores, helping to buoy sales of its top-tier Irresistible range by 9%. The Co-op’s strongest growth was focused in the capital and, with more stores set to open this year in London and the south east, this trend is likely to continue.”

Despite sales at Morrisons rising by 0.4%, market share fell to 10.6% – down 0.2 percentage points. Morrisons’ recent announcement that it will hire 500 new apprentices for its counters could prove a savvy move: 41% of its customers already shop at the retailer’s Market Street stalls.

Iceland grew ahead of the market – up 2.3% – recording 11 successive periods of growth. Nearly half of the supermarket’s growth was channelled through its core frozen lines, with ambient groceries and alcohol also performing well. Ocado also held market share steady at 1.1% and saw sales rise by 1.0%.

These findings are based on Kantar Worldpanel data for the 12 weeks to 27 January 2019. Kantar Worldpanel monitors the take home grocery purchasing habits of 30,000 demographically representative households across Great Britain. Kantar Worldpanel grocery market share data includes all expenditure through store tills, excluding petrol and in-store concessions. All data discussed in the above announcement is based on the value of items being bought by these consumers.

For all publicly-quoted data, users of our research (including media) must ensure that data is sourced to ‘Kantar Worldpanel’.

Grocery inflation now stands at +1.3%† for the 12 week period ending 27 January 2019. Prices have been rising since the 12 weeks to 1 January 2017, following a period of grocery price deflation which ran for 30 consecutive periods from September 2014 to December 2016. Prices are rising fastest in markets such as cola, toilet tissue and vitamins, while falling in instant coffee, fresh sausages and fresh bacon.