There are signs that shoppers in Ireland are tentatively beginning to return to pre-lockdown behaviour as restrictions are eased. 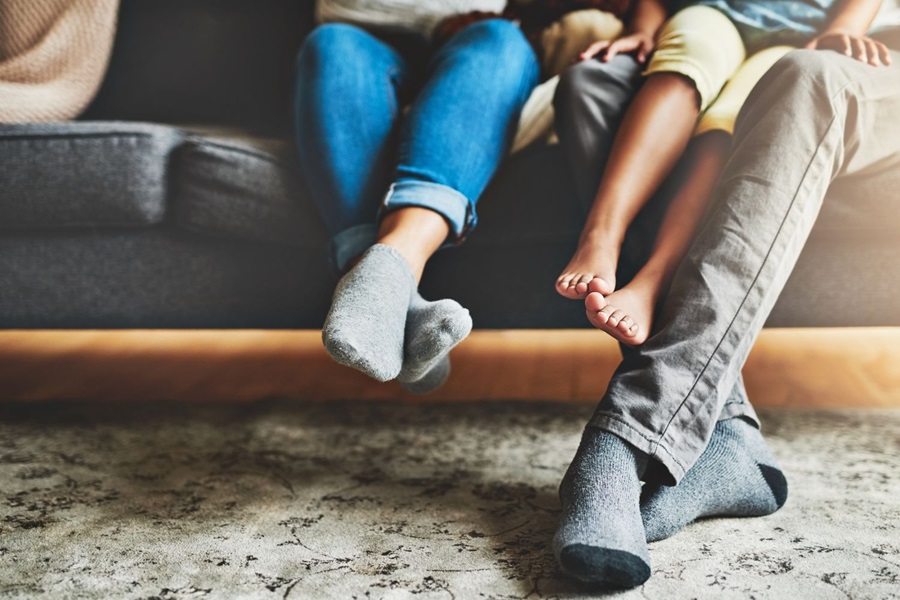 The latest figures from Kantar reveal that take-home grocery sales in Ireland increased by 23.2% during the 12 weeks to 12 July 2020. Three months of increased spending meant an additional €577.7 million passed through tills while the nation continued to work from home, and pubs, bars and restaurants remained closed until the end of June.

However, there are signs that shoppers are tentatively beginning to return to pre-lockdown behaviour as restrictions were eased and non-essential retail was reopened in the latest four weeks. We are beginning to see some people cautiously return to pre-COVID habits. Grocery sales growth over the latest four weeks slowed to 17.8% as shoppers started to spend less on food for their fridge and more on eating and drinking out.

But while some trends are reversing, it appears that others are here to stay.

Shoppers are continuing to treat themselves at home, with sales of savoury snacks and confectionery up 45% and 35% respectively in the most recent 12 weeks. In an uncertain time, people looked to tried and trusted favourites to provide their stay-at-home comforts. Brands outpaced own-label alternatives and an additional €345 million was spent on household names in the latest three months. Homegrown Irish brands like Barry’s Tea, Keelings, Kelkin and Keogh’s all experienced a sales boost as shoppers turned to much loved classics.

Aldi was the major beneficiary of the run on branded goods. Its branded sales increased by more than half, which helped the retailer to grow by 20.9% year on year. It was also a record-breaking few months for Lidl, which celebrated its 20th anniversary in Ireland over the latest period and marked the occasion by recording its highest ever market share of 12.7%.

Elsewhere there was further evidence to suggest that lockdown habits will stand the test of time. Grocery sales through digital platforms soared by 123% year on year as the pandemic continued to encourage demand for online shopping. It goes without saying that lockdown had a major role to play in driving more shoppers to try online grocery shopping, and it looks like the boom is set to continue. An additional 75,000 shoppers purchased groceries online over the past 12 weeks, contributing €38.9 million to the channel.

August may nearly be upon us, but for many international travel is off the table and the nation is preparing for a summer of Irish staycations and housebound holidays. Irish people are being advised to holiday in Ireland this summer, and while the latest four weeks would normally be prime time for holidaying abroad, staying put means that sales of sun cream declined by 66%.

People continuing to spend more time at home also meant sales of alcohol in supermarkets grew by 76% in the latest twelve-week period. Although people are free to visit pubs and restaurants with the easing of restrictions in recent weeks, limitations on group size and time allowed at the table are potentially contributing to the continued boost in take-home alcohol sales. And with many of us attending fewer social gatherings, as well as continuing to work from home, deodorant sales are also down 15% compared with the same time last year.

Among the traditional big three Irish retailers, fast grower SuperValu claimed the biggest market share for the fourth month in a row and saw sales rise by 30.9% as it remained the only major grocer not to experience reduced footfall in the latest 12 weeks. Tesco’s typically larger stores allowed it to capitalise on bigger trolley shops and it grew by 20.7% to hold a 21.1% share of the market. Building on its traditional strengths, Dunnes recorded the highest spend per buyer of all the grocers as shoppers parted with an additional €12.24 per trip on average and continued to increase their trip sizes. The retailer recorded growth of 14.6% this period.