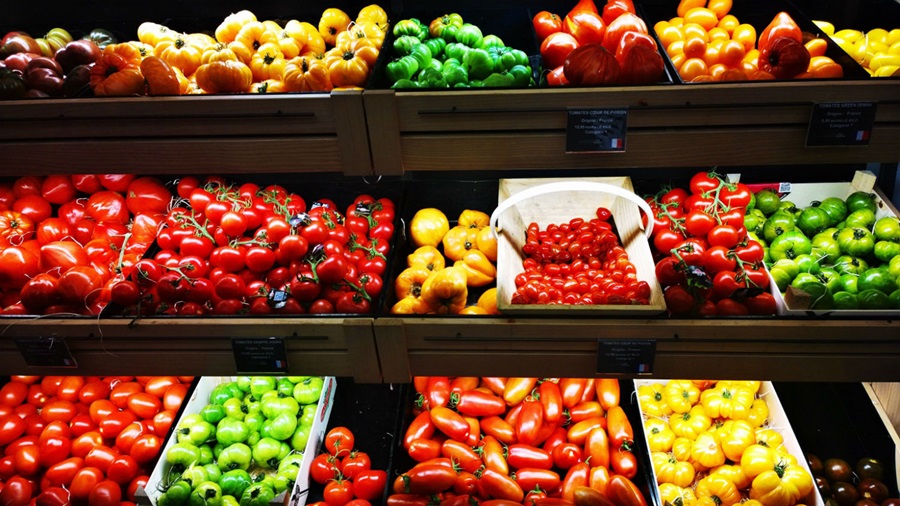 Against a challenging back drop of last summer’s heatwave and major sporting events, the Irish grocery market continued to grow in the 12 weeks to 11 August 2019. The latest figures from Kantar show that the overall Irish grocery sector increased by 2.7% in the latest period as cooler weather led to a deviation from typical seasonal spend. Shoppers made larger but less frequent grocery trips and the average spend per shop increased by 84 cents to €23.29.

While certain typical summer categories felt the impact of the mild weather this period, it wasn’t all bad news. Ice cream and sun care sales were down 17.0% and 41.5% respectively however wine, which is usually more popular in colder months, grew by 13.7%. All the major retailers took advantage of this, with Tesco particularly benefiting by ramping up promotions in the sector. The proportion of wine bought on deal at Tesco increased from 29.6% to 43.8% resulting in category growth of 14.9% for the retailer.

Aldi and Lidl continued their march on the Irish grocery sector again this month. Aldi’s particularly impressive growth of 12.7% helped it achieve a record market share of 12.6%. While Dublin remains a key area for the retailer, Munster and the rest of Leinster are still its heartland and contributed two-thirds of its overall sales increase. Lidl now accounts for 12.0% of Irish grocery sales and is also particularly popular in Munster, where it increased sales by 12.1%.

Scrutiny over single-use plastic was a major trend this period, with retailers seeking to adapt to changing consumer preferences. Aldi’s ban on black plastic trays for fruit and veg packaging and SuperValu’s move to 100% compositable shopping bags are direct responses to a change in shopper habits. Many consumers are already making the shift towards more sustainable choices. For example, loose fruit sales grew by 6.4% in the latest 12 weeks as pre-packed alternatives declined by 2.3%. Lidl has made the most headway in this respect and sold 23% of its fruit loose, the highest proportion of all the retailers.

Fresh produce as a whole was a clear focus for all the grocers this period. Dunnes, Tesco and Lidl attempted to demonstrate value through a mix of 49 cent price points while SuperValu and Aldi continued to offer discounts on different product ranges. Dunnes, Ireland’s largest grocer again this month, enjoyed success with sales of fruit, veg and salads growing by 2.9% – ahead of the market rate. Dunnes has had a strong 12 weeks across the board, growing at 6.4% and claiming 21.6% market share. The retailer is focusing on differentiating itself from competitors through a range of in-store experiences and this month opened a new premium food hall in Dublin’s Ilac Centre as well as a new site in Naas which focuses on its fresh counters.

SuperValu improved its performance this period with sales decline softening to 0.3%. As the market moved towards less frequent but bigger shopping trips, SuperValu capitalised with a 10.3% increase in the average spend per shop.

Overall, average price growth of 1.1% was a welcome boost for the retailers while the strong euro also contributed to an increase in cross-border shopping in the latest 12 weeks. Brexit uncertainties and sterling’s struggles saw cross-border spend increase by 14% compared with this time last year, with much of that on fresh and chilled products. However, this still only makes up 0.6% of all sales and remains a small part of the market.