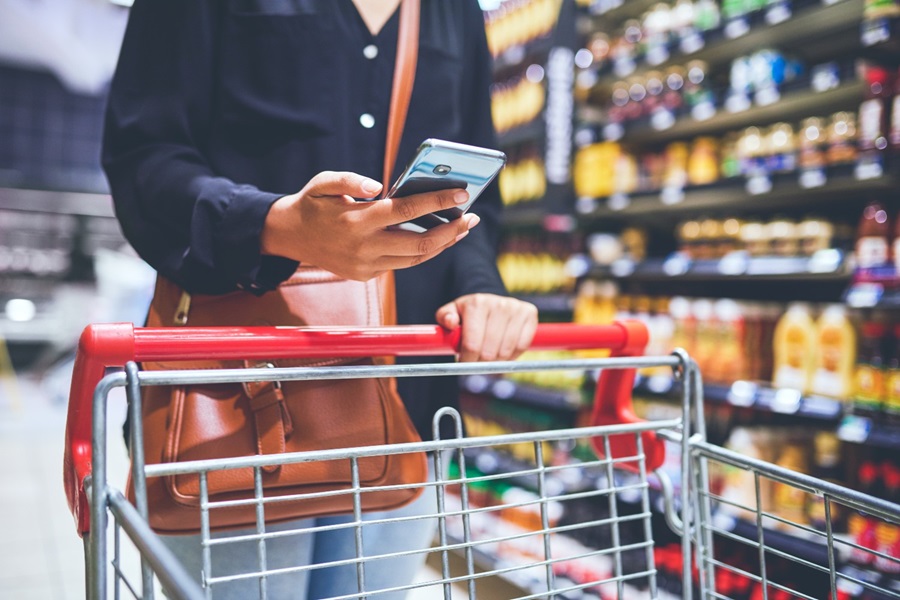 In November, grocery sales increased by 4.5% driven by an 11.5% increase in average prices and shoppers returning to store more often. Online sales also increased by 3.5% in the last month with shoppers spending an additional €1.7m year-on-year. A rise in the number of new shoppers continues to drive performance with nearly 13% of Irish households purchasing their groceries online during the month.

A combination of rising inflation and festive spending means that December is set to be a record-breaking month with grocery sales hitting €1.25 billion for the first time, while Friday 23 December is set to be the busiest day for pre-Christmas shopping. The cost of a traditional Christmas dinner for four has hit €41.58, up 7.9%, an indication of how much rising prices are impacting Irish consumers.

Emer Healy, our Senior Retail Analyst comments: “As food and drink prices continue to rise alongside pressures on household bills, the impact on shopper budgets is unavoidable for many people. Now with grocery inflation at 14.7%, the average annual grocery bill is set to rise from €7,037 to €8,071, an extra €1034 a year. At a basket level, that’s an additional €4.23 on top of the cost of the average shopping trip of €28.75.

“Despite inflationary and other pressures, Irish shoppers are still stocking up on festive treats this year. In the latest 12 weeks, they spent an additional €1.2m on gifting and chocolate boxes, €3.5m more on savoury snacking, and €617,000 on mince pies. However, it seems that not all festive favorites are proving popular, with shoppers spending €189,000 less on brussel sprouts.”

The frequency of shopping trips also hit a new high during this period, with households making more than 59 trips in the 12 weeks to 27 November. This is the highest frequency recorded by Kantar since June 2021 and largely due to the slow and steady return to pre-COVID behaviours.

In terms of performance by Irish retailers, Dunnes Stores has the highest share amongst all the retailers at 23.3%, with growth of 7.4% year-on-year. Dunnes has also seen the strongest penetration growth due to new shoppers in store amongst all retailers (3.3 percentage points).

Tesco holds 22.2% of the market with growth of +7.3% year-on-year. It also has the strongest frequency growth amongst all retailers of 10.4% year-on-year. SuperValu holds 20.9% share and continues to hold the highest frequency amongst all retailers at 21.1 trips, which is up 5.8%. Lidl holds 12.8% share with growth of 7.3% year-on-year. New shoppers in store and existing shoppers returning to store more often contributed a combined additional €26.2m to overall performance. Aldi holds 12.4% of the market growing of 4% year-on-year, with existing shoppers returning to store more often contributing an additional €18.3m to overall performance.