Shoppers turn to own label for shade as they face the heat of rising grocery inflation, now almost at a sizzling 10%. 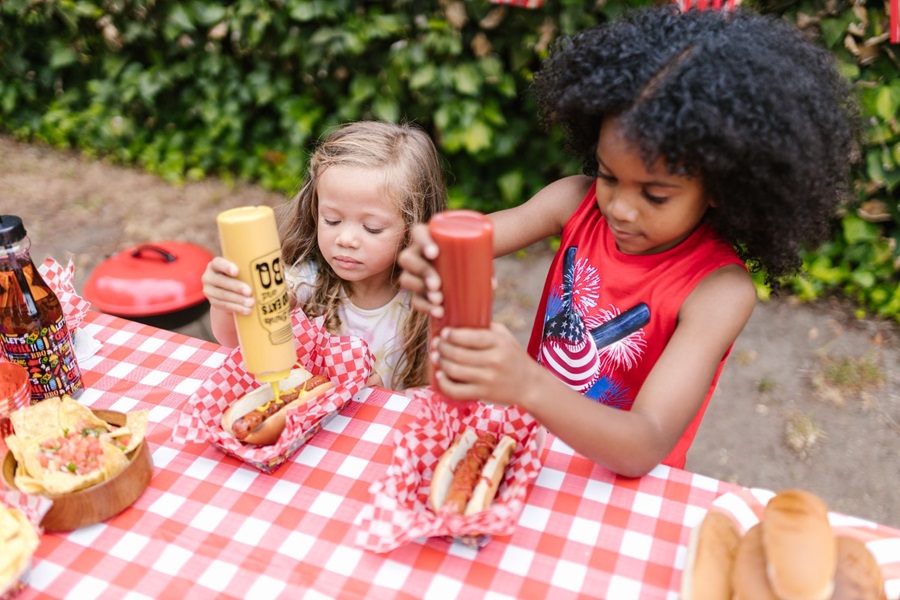 Our latest take-home grocery figures show that supermarket sales rose by 0.1% in the 12 weeks to 10 July 2022. This is the first time the market has registered growth since April 2021. Supply chain issues have driven costs up across the industry and like-for-like grocery price inflation now stands at 9.9% over the past four weeks.

Grocery prices continue to soar to near record-breaking heights and have jumped by another 1.6 percentage points since last month. This is the second highest level of grocery inflation that we’ve seen since we started tracking prices in this way in 2008 and we’re likely to surpass the previous high come August. With grocery price inflation at almost 10%, people are now facing a £454 increase to their annual grocery bills.

All this means that people will be feeling the pinch during our first restriction-free summer since 2019. Taking a barbecue as an example, buying burgers, halloumi and coleslaw for some al fresco dining would cost you 13%, 17% and 14% more than it would have this time last year. Buying enough for a typical family barbecue, shoppers will have to put aside £9.94 rather than the £9.01 they spent last year*.

Own label sales accelerate ahead of branded

As prices rise, shoppers are adjusting their behaviour. People are increasingly turning to own-label products to drive down the cost of their weekly shop. Supermarkets’ own lines are growing by 4.1% this period, while sales of branded items have fallen by 2.4%. It’s a complex picture and the grocers are busy negotiating with their suppliers to mitigate impact at the tills as far as possible. We’ve seen this play out in the headlines in recent weeks, with some well-known brands temporarily disappearing from supermarket shelves over pricing disputes.

While consumers grapple with rising grocery bills, average temperatures across Great Britain have also been climbing to new highs. There has been plenty of noise around the extreme heat sweeping across the country and we can definitely see people preparing to stay cool in the latest data. Over the past four weeks, sales of ice cream and suncare products soared by 14% and 66%. In July 2019, the last time we faced a heatwave like this, sales of fans, paddling pools and reusable water bottles grew by 107%, 169% and 17% respectively**. This added up to a combined total of £10.9 million extra spent during the hottest week on just those three categories, and we expect to see similar if not even bigger numbers this time around. 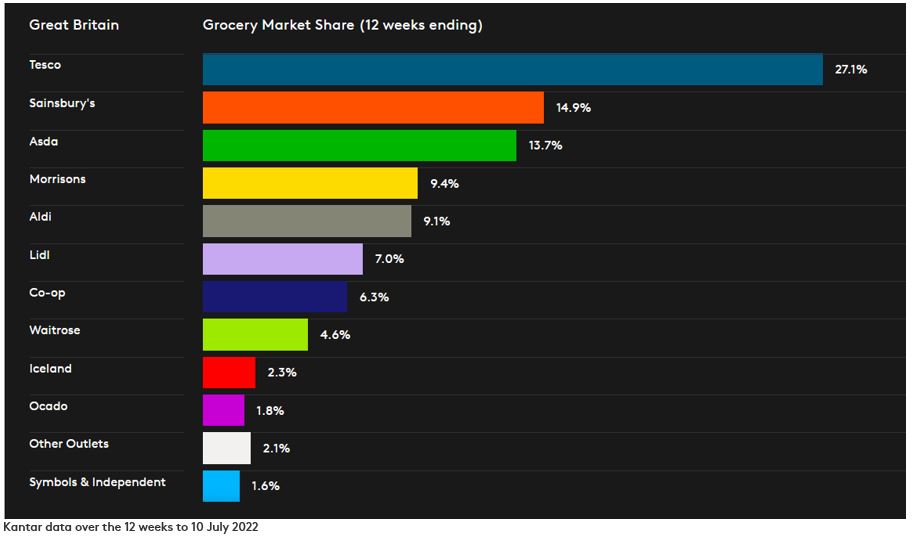 Lidl was the fastest growing supermarket again this period, with sales up by 13.9%. Aldi was also in double-digit growth, boosting its sales by 11.3% compared with last year. Over 67% of people in Britain shopped in either an Aldi or a Lidl in the past 12 weeks, with 1.4 million additional households visiting at least one of the discounters in the latest three months compared with last year. Both retailers reached a new market share high over the past three months. Lidl now holds 7.0% of the market while Aldi climbed to a 9.1% share.

Tesco returned to growth this period for the first time since October, the retailer boosted its sales by 0.1% and retained a market share of 27.1%. Ocado was the only other retailer in growth, holding its market share steady at 1.8% while its sales were up 0.7%.

**Data from Kantar Worldpanel Plus over the week 28 July 2019 vs the average of the previous 4 weeks.

Read: UK grocery bills to rise by 380 per year but inflation fails to dampen jubilee joy

Read: Shoppers get ready for Platinum Jubilee despite highest grocery price inflation since 2009