Savvy British shoppers save fuel with fewer store visits, but eyes are set on Christmas 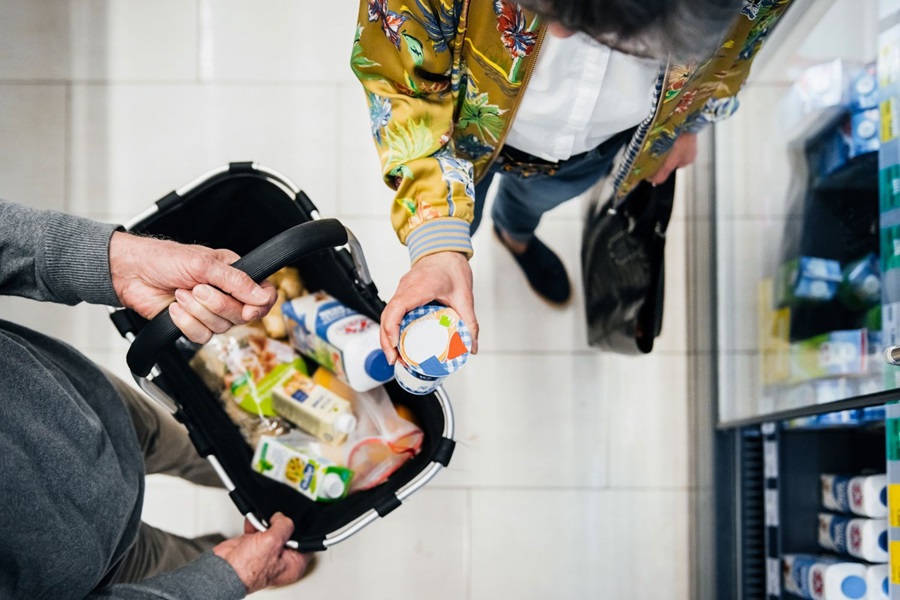 Take-home grocery sales fell by 1.2% over the 12 weeks to 3 October 2021. Despite this dip, sales remain 8.1% higher than they were before COVID-19, and every retailer boosted its sales compared with the same period in 2019.

Queues outside petrol stations made headlines last month and visits to forecourts in the south of England increased by 66% on 24 September, as people topped up their tanks ahead of the weekend. The reduced availability of petrol saw shoppers limit the number of trips they made to supermarkets. The average household made 15.5 store visits in the past four weeks, the lowest monthly figure since February. Shoppers staying off the roads also meant the proportion of groceries bought online, which has been steadily decreasing over the past seven months, crept up to 12.4% in the last 4 weeks compared with 12.2% in the 4-week period before.

Consumers made the most of their time in store once they did make it to the shop, and trips where people spent over £100 were up by 6%.

A minority of very prepared shoppers also took the chance to get ahead on their festive spending: 449,000 eager consumers bought their Christmas pudding in September, with sales 76% higher than in the same month last year.

Sales of toys are also up by 5% on last year, while gift wrapping products grew by 10%*. However, it’s important to say that these are still relatively small numbers and anxiety around supply issues has not translated to panic buying – festive or otherwise.

Christmas isn’t the only big event on the horizon, as government and business leaders prepare for the forthcoming COP26 summit. With only a few weeks to go until world leaders converge on Glasgow, 29% of British consumers now consider themselves to be environmentally conscious, up from 23% last year. These customers can bring significant spending power to retailers and now account for £37 billion of grocery sales annually. Plastic waste is the most pressing concern for British consumers, with 48% of shoppers naming it in their top five environmental priorities**. Continuing to address these issues will be vital for businesses to engage shoppers in future.

Price rises are modest, for now

Like-for-like grocery prices rose by 1.7% in the past four weeks compared with last year. In real world terms, the average household had to spend an extra £5.94 on groceries last month than they did at the same time last year. The typical household spends £4,726 per year in the supermarkets, so any future price rises will quickly add up. Shoppers will look to manage their spend by carefully selecting the products and retailers that offer them the best value. 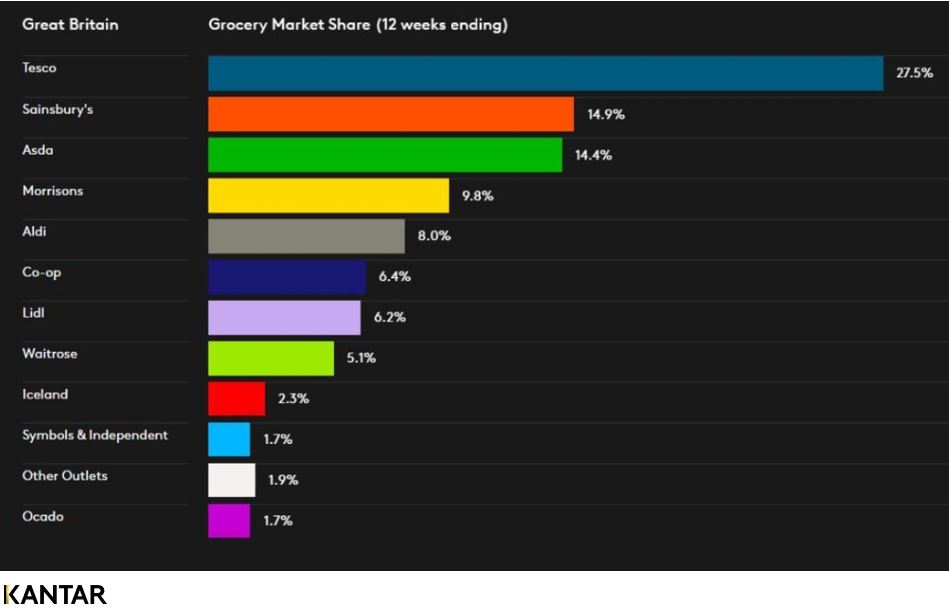 Tesco issued a positive set of results last week amid ongoing private equity interest in Britain’s grocers. The retailer continues to grow ahead of the market, with sales up by 1.2% in the 12 weeks to 3 October compared with the same period last year. Tesco’s market share increased by 0.6 percentage points and now stands at 27.5%, the highest level since February 2019.

Lidl was the only other retailer to achieve growth in the past 12 weeks, increasing sales by 0.4% to give it a market share of 6.2% – matching its previous record high in May 2021. Waitrose’s sales remained flat, but it was enough for it to gain market share, nudging up 0.1 percentage points to 5.1%.

Market share was unmoved at both Sainsbury’s and Asda, sitting at 14.9% and 14.4% respectively. Aldi and Iceland also remained steady. Aldi holds 8.0% of sales and Iceland has 2.3%. As Morrisons’ ownership auction was settled, the retailer’s market share slipped slightly from 10.1% to 9.8% in the latest 12 weeks.

Consumer behaviour continues to creep back to pre-pandemic habits, and retailers that made significant gains last year are beginning to return to normal. Having benefited from consumers shopping locally during the pandemic, Co-op’s share fell by 0.2 percentage points in the latest 12 weeks to 6.4%. Ocado sales shrank by 5.9% this period, but the online specialist still showed the greatest two-year increase of any retailer, with sales 35.9% higher than in 2019.