Explore more about what makes Irish theatre lovers tick, and how best to reach them. 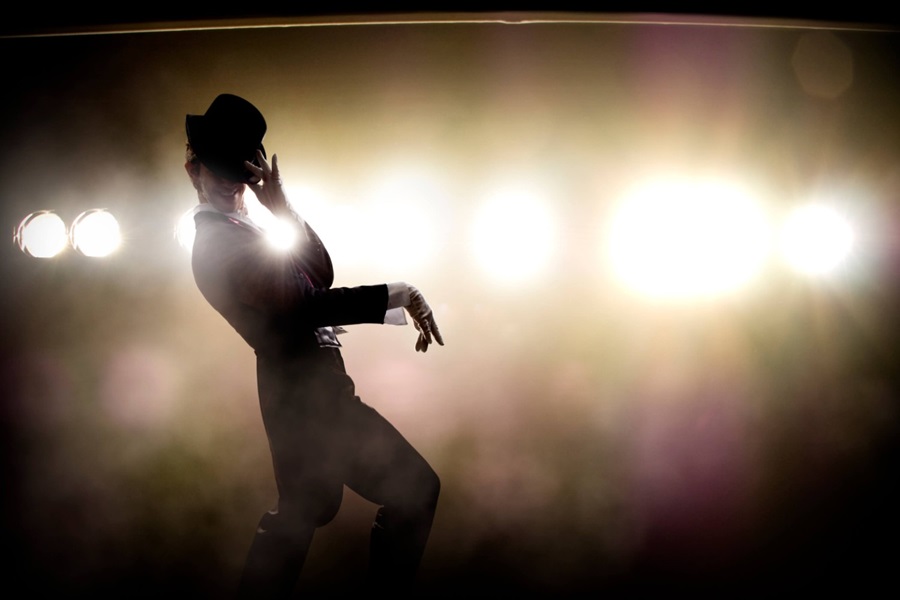 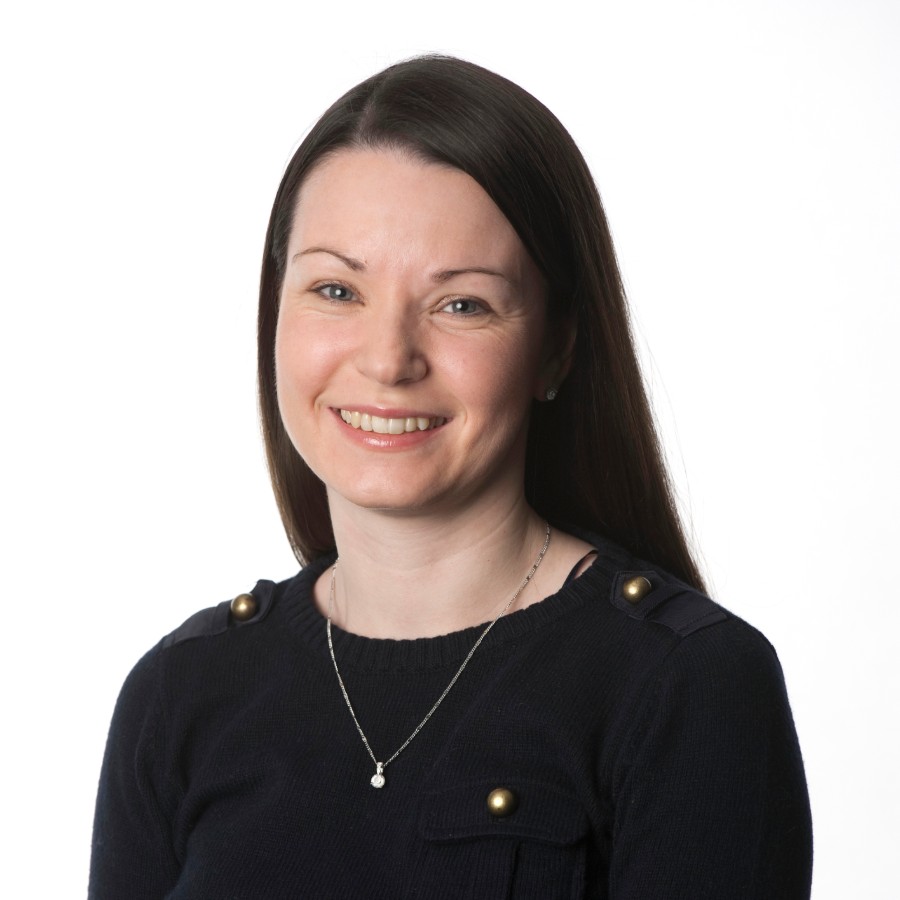 This month sees the return of the Dublin Theatre Festival, providing 18 days of Irish and international theatre across Ireland’s capital city. With the performing arts in the spotlight, we look at theatre goers in Ireland to gain a better understanding of their lifestyle and how best to target them.

Our TGI Consumer Data shows that 16% of adults in the Republic of Ireland (578,000 people) visit the theatre at least once a year, and 13% do so two or three times a year (476,000 people). There are some big theatre fans who go once a month or more, accounting for almost 5% of the Irish adult population. 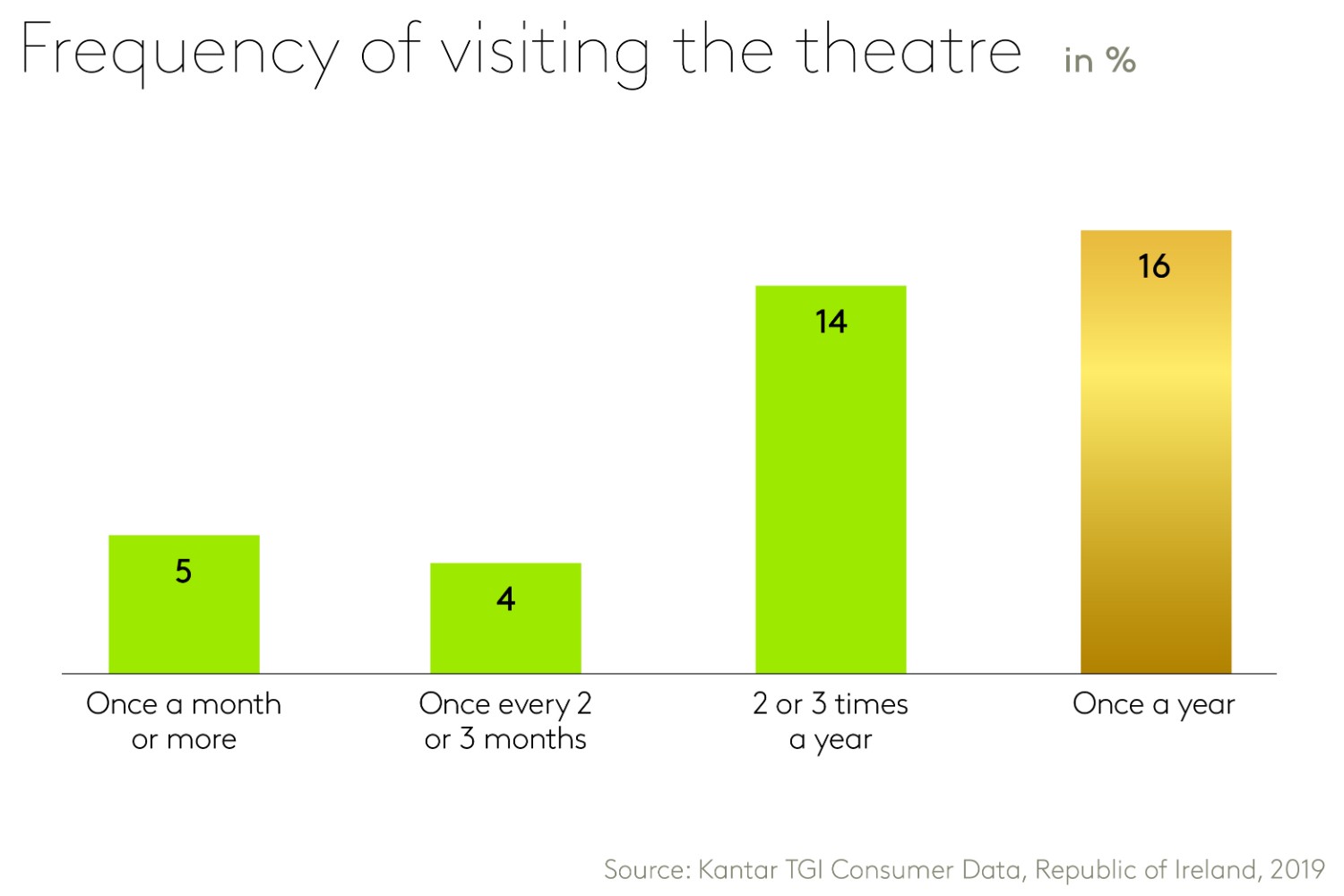 Theatre is enjoyed by a variety of consumer groups

Marketers seeking to appeal to theatre goers should be mindful in their approach that the theatre attracts a young audience. According to our TGI Consumer Data, those who visit the theatre at least once every three months are almost twice as likely as the average adult to be aged 20-24. Almost half (47%) of these theatre lovers are aged 34 or under.

These regular theatre visitors are also likely to have money to spend, with the data showing they are 118% more likely than the average adult to have a pre-tax income of €70,000 - €74,999.

Another insight into how to engage theatre lovers comes with the knowledge that the food tastes of this group are often meat-free. Our TGI Consumer Data reveals they are more than 2.5 times as likely as the average adult in the Republic of Ireland to say they are vegetarian.

Advertising appeals to this group

Having a well-known celebrity front a campaign to theatre-lovers may well pay off. Examining the attitudes of these regular theatre visitors shows that they are 184% more likely than the average adult to agree that celebrities influence their purchasing decisions.

Cinema is a key way to reach this audience

Aside from the theatre, other out-of-home viewing methods are comparatively popular with this group. TGI Consumer Data shows they are 140% more likely than the average adult to be amongst the heaviest fifth of cinema goers, whilst they are also 29% less likely to be in the highest fifth of television viewers.

Digging further into their cinema tastes reveals that this group are 184% more likely than other heavy cinema goers to say their favourite film type is ‘Art House’.

Read: Tapping into the value of the Irish football fan

Read: The Valuable Vegans: how Irish consumers are changing their eating habits