Veganism, flexitarianism, and the power of influencers

As dairy-free sales soar, and Instagram celebrities wield more influence, will we see more vegans in the UK… or simply the rise of flexitarianism? 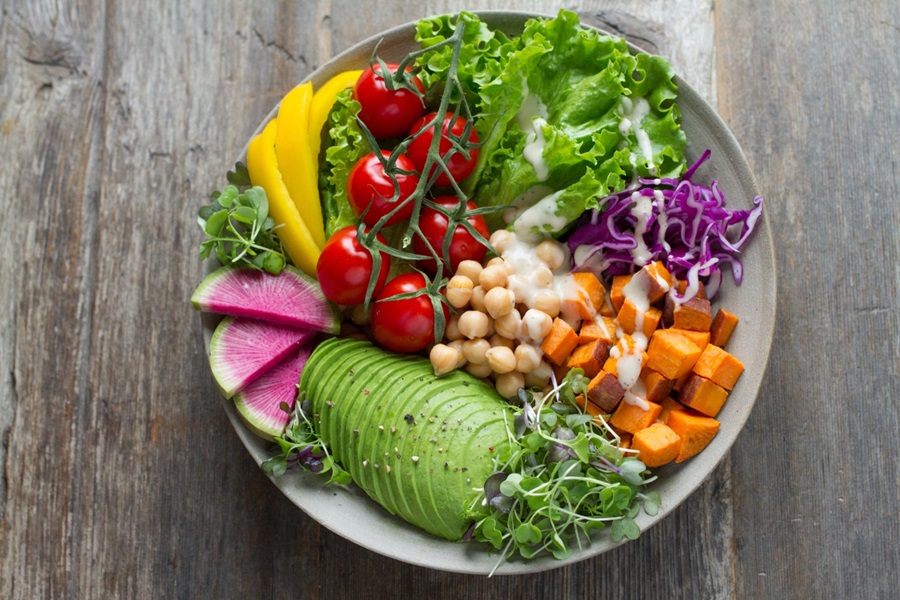 As countless lifestyle bloggers, the superstar Beyonce and even Jeremy Corbyn publicly embrace and promote (to varying extents) the virtues of a plant-based diet, the UK appears to be following suit – or at least become more interested in the idea of veganism. 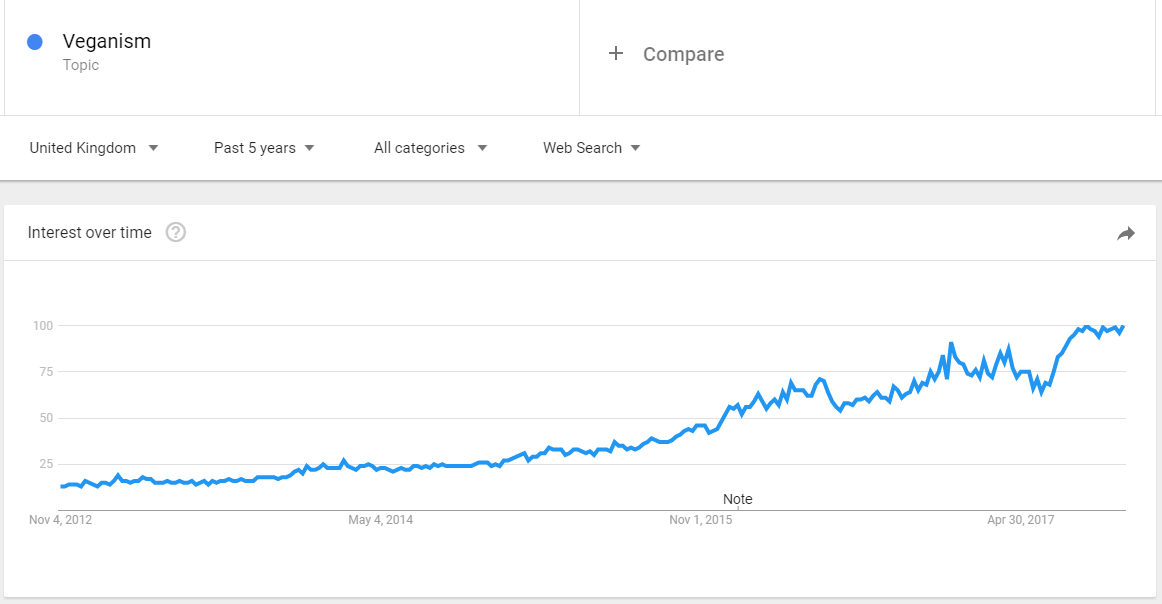 Google searches for ‘veganism’ in the UK have risen dramatically over the last five years, with a recent peak in October this year. Figures from Kantar Worldpanel show clear progress in the dairy-free market, with figures to August 2017 showing a year-on-year market growth of 18.3%. As a share of the total dairy market, the dairy-free segment has grown from 1.7% to 3.4% in the last five years.

Rachel Knight, Consumer Insight Director for Dairy at Kantar Worldpanel, comments: ‘Over the last few years, the Total Dairy Free Market has seen strong value growth. This is as more shoppers enter the market, as now over 1 in 3 shoppers buy into Dairy Free. This shows Dairy Free is no longer simply for the intolerant.’ In fact, data shows that 29.1% of non-dairy/lactose intolerant households buy Free From dairy products.

Although Milk still has the largest share within Dairy Free, strong growth is coming from Cheese (+54.5%) and Yoghurts (+39.7%), showing that other sectors are becoming increasingly important within Dairy Free, and highlighting how Free From is influencing lots of sectors within the Dairy category. Coconut is still the flavour that is driving growth, seeing 42.5% value growth over the latest 52we but Oats and Nuts are also contributing, growing by 49.7% and 22.0% respectively. The heartland of Free From, Soya, is also growing further (+11.3%), despite already accounting for over 1/3 of Free From sales.’

Kantar Worldpanel finds that most people are opting for dairy-free products for health reasons – it is the key motivator behind consumption in 64% of occasions. This is particularly true of coconut-based dairy alternatives, which have been lauded as incredibly healthy – and again supported by celebrity backers, such as Madonna.

Data from Kantar Worldpanel also finds that those most likely to be shopping the fixture are younger and more affluent than the average Dairy shopper, with a high proportion of spend on the market coming from those in the capital (1). There is also a female bias, with women accounting for 61% of consumption (2). Whilst the more premium prices may be attracting this demographic of shopper, it could also be argued that growth is merely the result of a fashionable trend amongst this group. This suggests it is something that could become more and more mainstream.

A survey conducted this week by Lightspeed suggests that just 1% of people identify as ‘vegan’, but 24% selected ‘other’ despite options including ‘non-vegetarian’ and ‘lacto-ovo-vegetarian’ (which was a more popular choice than veganism, at 2%).

Is this really about the newer diet trend: flexitarianism? At Kantar Added Value, qualitative research on diet trends has focused on four categories: vegans, vegetarians, flexitarians and ‘meatatarians’ – and the flexi category has been growing steadily.

Flexitarians eat a predominantly vegetarian and occasionally vegan diet, without the restriction of ‘never’ eating meat or fish. Like other diets that are rising in popularity, it has its celebrity supporters, such as Jamie Oliver and Emma Thompson, and it has entered the public consciousness through initiatives like ‘Meat-Free Monday’.

Meagan Hempenstall, Brand Project Director at Added Value, comments: ‘Flexitarians are those looking to reduce meat consumption, but not become completely vegetarian or vegan. Interestingly, we found several drivers behind this trend, but ‘ethics’ isn’t one of the main ones. Unlike vegans, who are mainly motivated by moral reasons, flexitarians have a myriad reasons for choosing their diet.’

The flexitarian trend – what Hempenstall refers to as a ‘hot spot’ and a ‘very pragmatic way to eat’ – is apparent particularly in developed markets, but is also present in developing and emerging markets, for different reasons.  While developed markets may be focused on the health benefits of cutting out processed meats, being influenced by aspirational social media influencers like the Vegan Brothers, and seeking out quality and variety in their meals, those in developing markets are cutting meat more for financial reasons, and for food safety and quality reasons.

‘The interesting thing about flexitarians is how they see their diets. They don’t view it as cutting down on something but more about exploration and trying new things. Millennials and foodies in particular are simply trying to branch out from a meat-and-two-veg approach to dinner time. Brands should consider focusing on the ‘new, exciting, delicious’ labels rather than meat-free or vegan.’

But trends amongst first world millennials don’t reflect global trends. Despite the introduction of ‘Veggie Pret’ branches around London, several hundred books about clean eating, and a new pride in the label of 'vegan', the figures still don’t look good in terms of global sustainability: the United Nations Food and Agriculture Organisation says that meat production has quadrupled in the past five decades, and projects growth of 60-70% in the next five years.

Indeed, Hempenstall doesn’t believe flexitarianism will keep growing indefinitely. People will abandon the category in one direction or another. ‘Our prediction is that eventually we will see reduction in this middle category and an increase in the number vegetarians or vegan, as former flexitarians cut out meat completely – this being the stated aim of many of the flexitarians we interviewed. At the same time, we predict a rise in meat loving ‘meatatarians’ – who rebel against the trend and see meat as a necessity, rather than an occasional indulgence.’