What is the future of news?

We speak to Seth Rogin about the changing face of news: from emerging business models, to the importance of trust and the role of technology. 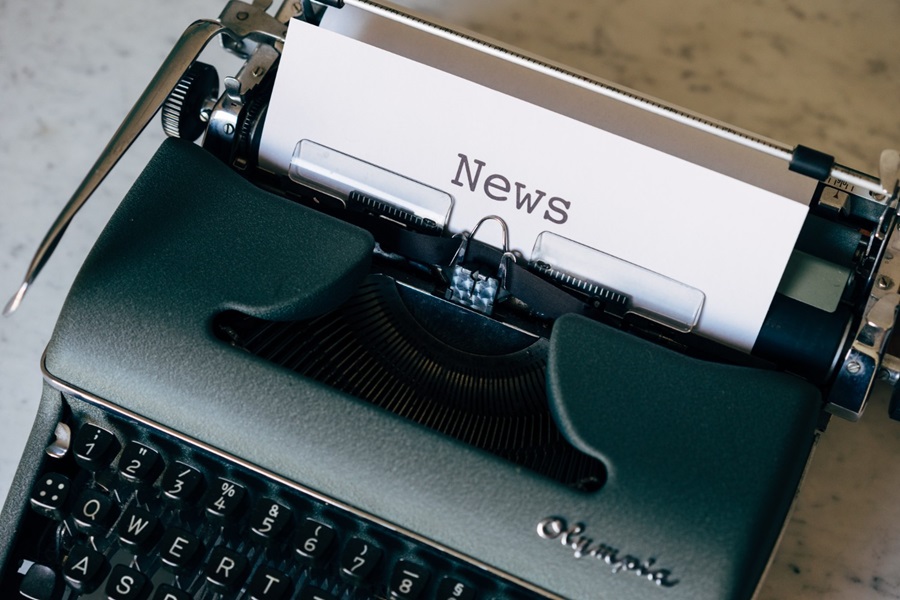 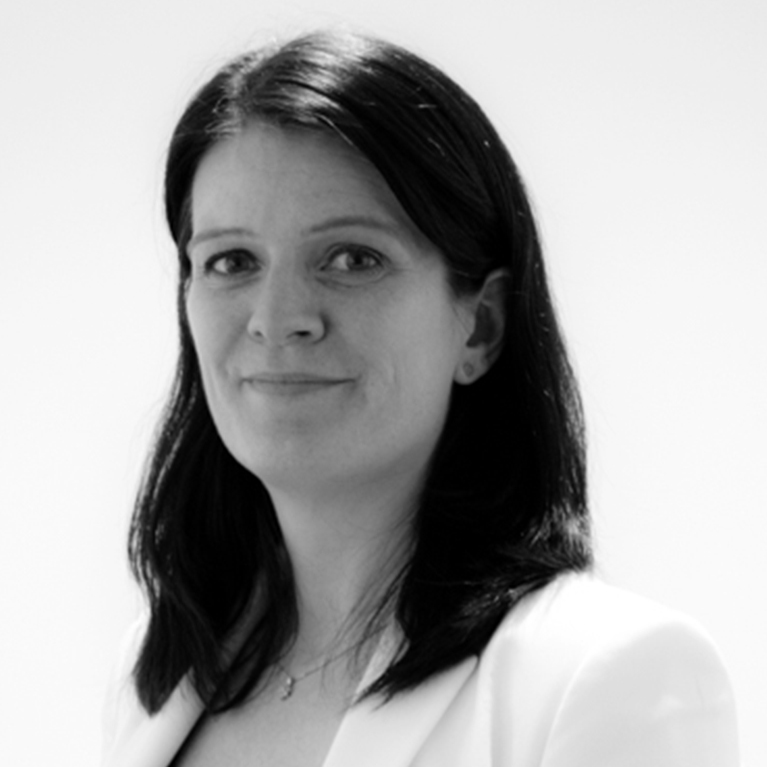 This is an edited version of an article by Kantar on the latest Future Proof podcast. Click here to find out more and to listen to the podcast.

Andrew Stephen, L’Oreal Professor of Marketing at Saïd Business School (Oxford University) and Jane Bloomfield, Head of Business Development, Insights Division at Kantar, speak to Seth Rogin, CEO of Nucleus Marketing Solutions, about the future of news. Based in New York, Seth was previously chief revenue officer at Mashable, and before that VP of advertising at the New York Times. Seth is also an associate fellow at Saïd Business School.

Jane: Research we did at Kantar on Trust in News found that, amongst news audiences in general, over 39% of people are using “greater numbers of news sources than ever”. Do you think that means that the future of news is healthy? Or does news have a bit of an image problem?

Seth: I think that shows people are hungry for news, but that consumers are not sure what sources they should trust these days. The internet has given us a wide array of options, but it hasn’t given us a good filter to understand exactly which sources are trustworthy and which aren’t. The legacy news businesses, which are probably (or were until recently) the most trusted brands in news, are suffering the most because they have the highest costs – shoe-leather, first-hand journalism costs money. However, it costs money because it is a valuable enterprise: it’s valuable to society; it’s valuable to consumers. The future of news, from a consumer demand perspective, is strong. But is the future of news as a business as strong as it is as a consumer product? Will consumers pay for that content on their own? Will advertisers continue to fund the journalism that they’ve funded for generations? Or does the entire business model need to be rethought?

Andrew: On the business side, the ad-supported business model – what do you see as the future? And at Nucleus what are you doing?

Seth: When I, as a consumer, am reading news, I trust the news that I’m choosing to read, and therefore there is an implied trust with the brands that are advertising next to that content. There’s a reason we don’t see luxury brands advertising in a non-luxury context, even to this day. Because they are the most cautious about their brand equity. And yet, over the last decade, advertisers have been sold this idea that they don’t need to support journalistic environments to get that high-quality connection, because the precision is more important than the context. What I believe we will see, and what Nucleus is bringing forward, is a rebalancing of that equation. I can be very precise at reaching you with a message, but if I do it in the wrong environment or in an unexpected place, I might upset the level of trust you have in my brand.

What Nucleus has done is try to reset that equation by changing the marketplace. We’ve united the audiences of all the most important hometown news brands in America as one. We believe that’s a model for the world. In doing so, we’ve created one set of data as a national opportunity for brands, that rivals the scale of some of the biggest platforms, but has none of the brand risk elements, none of the chance, none of the Wild West of some of the social media and user-generated platforms. It gives real respect to both reader/consumer and to the advertiser – and the covenant of trust between them.

Jane: When we’ve looked at trust in news, we’ve seen trust in mainstream news beats online – printed news magazines and newspapers are the most trusted news source, with 72% of consumers citing them as their most trusted source of news, closely followed by TV. But just 33% of consumers view social media as a trustworthy news source. What can the online news sources do to build that trust and raise their profile?

Seth: The fact that over 30% trust social media is a horrible stat – we have a serious issue. When you think of the divisions building in society; one in three trusting news more that has been shared with them without any legitimising of source… that’s how technology has helped to drive division. By amplifying content that isn’t certified, that isn’t created by a first-hand journalist. That is one challenge.

When it comes to the digital native news organisations – some of which absolutely are deserving of our esteem and our trust – it’s about earning trust. I’ve been really excited by the work of a company called Po.et which is using blockchain technology, not in a crypto sense but in a security sense, to change the way news is transacted on social media – using blockchain to understand which journalist is creating the content and which individual is sharing, and creating an inseparable lock between them so that the reader and the sharer can be sure of the kinds of content that is being distributed. To me, that’s where technology can enhance trust.

I’m so excited, because I believe we’ve been in a golden age of data but a stone age of insight… and now there’s an opportunity for us to really understand how our data can work to enhance society and not just drive profitability for profitability’s sake.

Jane: Do you think that technology is set up to adapt and evolve? If you think about changing habits and reaching different audiences… do you think the future of news and advertising on these channels is in good hands?

Seth: The diversity of sources available shows that the bulk of journalism is in good hands. But there is a business side to it, and there is a way to cash in on misinforming and disinforming large swathes of people. The more that news becomes something that needs to be purchased, the more attractive some of the disinforming sources can be. So it is important for all of us as consumers – whether you are consuming digitally or through television or even still in print, as many millions of people still are – that we’re conscious of who creates that journalism, because there will always be someone who’s interested in misinforming and disinforming. What’s important is that we understand who our sources are. And that puts the responsibility back on us as consumers.

Jane: You touched on the financial predicament of news organisations – a concern for both consumers of news in terms of choice, and for advertisers as well the organisations themselves. I’d like to get your thought on the under-35s – do they provide some of the answers? In how they behave and consume news today?

Seth: One of the biggest surprises we found when we created Nucleus, which unites 220 sites that generate mission-based or objectively intended journalism around the United States, is that we reach more millennials than Buzzfeed and Snapchat combined. That’s not our numbers, that’s outside audience figures. It was a great discovery. We also discovered that we generate more video views than some of the most powerful and popular video platforms in the country and on earth. So that reflects that there is a hunger for the kinds of content and journalism that’s being created, and that it is being generated very much from the younger generation who is seeing what’s going on in the world.

Much of the way news has been monetised has been in the non-hard-news content that still has great credibility – whether it’s fashion reviews, movie reviews, theatre, restaurants, travel, lifestyle, cooking… all of those things where we still want to know that we trust the source, and there is an implication that a news environment is of the highest regard, in terms of finding the best thought leaders, the best writers around that content. We’re seeing a surge in millennial readership, so that we’re outperforming some of the most youth-based platforms, because everybody wants to know what’s going on in their world.

When I was at the New York Times, we used the funding that came in from things like luxury advertising to support coverage of wars, of very serious issues. Readers are looking to consume all sorts of content, and the less hard news content helps to fund the hardest news and the most civically important content. In doing that, we’re providing a real service to the youngest readers who are coming to us. And that means there’s a responsibility on us and our marketers to make sure that we’re customising messaging and environments that are suitable for them as well.

Andrew: It seems to have become conventional wisdom that younger people don’t want to be exposed to ads. What are you seeing in the data?

Seth: We don’t see blocking in a huge volume today – it’s a low percentage who are blocking our ads on most of our sites – but I do think it’s something the industry has to be vigilant about. However, what we are seeing is that different kinds of ad content drive different engagement levels. Increasingly, technology can help us better understand which consumer responds to which kinds of advertising formats. For instance, if I can better identify that you respond better to a video ad than an audio ad, then I can make sure that that’s what I’m delivering to you, so that hopefully the environment and experience is going to be more welcoming to you, more enjoyable, but also it’s going to drive a better response for my advertisers and better funding for the journalism that I work every day to support.

Jane: You can sense that the global news industry is caught in a perfect storm of deficit. It’s a deficit of attention, as people consume media in different ways, a deficit of revenue as print circulation, advertising spend declines, and a deficit of trust. In your opinion, what’s the opportunity for the next five years?

Seth: I would say watch this space for technological innovation. You’re going to see a deepening of the kind of data tools that the news industry brings to market. I believe that augmented reality will drive a new revolution in the way that people are consuming content about the environment around them. I believe that you will see a different kind of technology to help me to understand and algorithmically control the kinds of content I see, who I trust, what it is that I want to see, but also balance that with not keeping me in a bubble of only hearing the content that flatters my own opinion.

News, to me, is an industry unlike any other – maybe like medicine, at best – in that it has a civic and a human value while it needs to be a business as well. And the most important thing that we can do is make sure that we are holding people accountable. The best journalism is the oxygen of democracy. That’s what we want to ensure – that the oxygen continues to flow. And the only way that can happen is if both the business side and the mission side are succeeding as one. The stakes have never been higher.