Will Xtandi PROSPER or Will SPARTAN Win the War for Erleada in Non-Metastatic Castration-Resistant Prostate Cancer?

An article by Jay Grisolano; coauthored by Linda Zhao 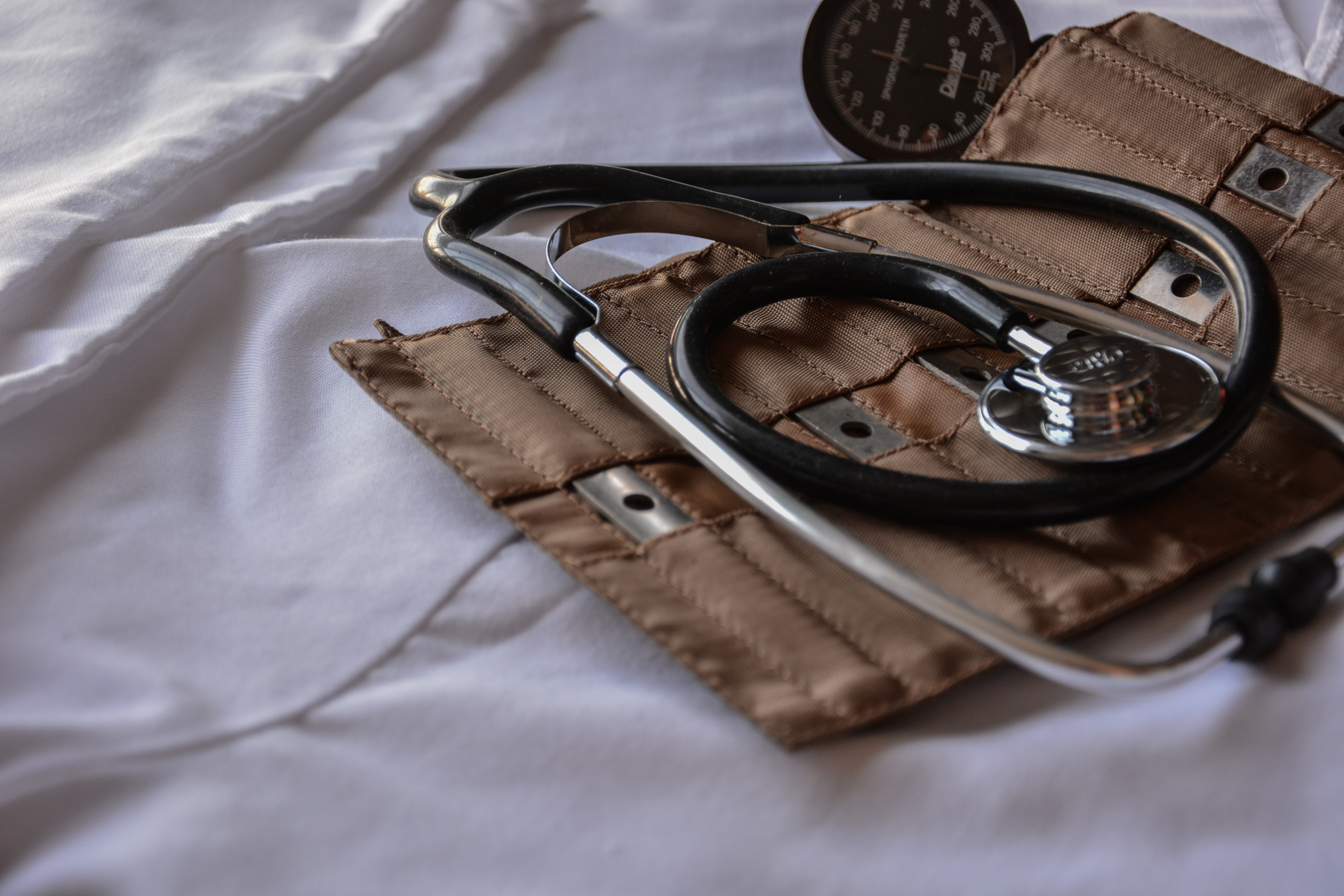 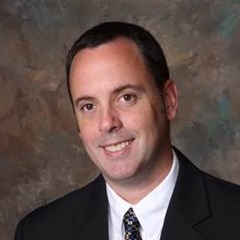 Get in touch
HealthLife Sciences

The majority of early stage prostate cancer patients are managed effectively by hormonal therapy, including androgen deprivation therapy (ADT), and/or radiotherapy. However, some of these patients eventually develop resistance to hormonal therapy while their tumors are still local or locally advanced without progression to metastatic disease. This resistance is characterized biochemically by a rise in prostate-specific antigen (PSA), resulting in a disease state referred to as non-metastatic castration-resistant prostate cancer (nmCRPC). For these nmCRPC patients, currently there are no drugs approved, and NCCN recommends them for enrollment in clinical trials or observation (NCCN Prostate Cancer Guideline 2017 V2). In addition, many nmCRPC patients, particularly those with increasing baseline PSA and PSA doubling time, are at high risk of progressing to metastatic disease, which leads to mortality. Thus, nmCRPC represents an area of significant unmet medical need in the prostate cancer treatment paradigm.

Next generation androgen receptor inhibitors, including Zytiga® (abiraterone, Johnson & Johnson/Janssen) and Xtandi® (enzalutamide, Pfizer/Astellas) have transformed the treatment of metastatic castration-resistant prostate cancer (mCRPC). Now two of the agents in this class are set to wage war in the nmCRPC setting. Results of two important Phase III pivotal trials were presented at the 2018 ASCO GU Symposium, the PROSPER trial of Xtandi® (enzalutamide, Pfizer/Astellas) and the SPARTAN trial of ErleadaTM (apalutamide, Janssen), which may have a major impact on how nmCRPC patients are managed (ASCO GU Symposium, San Francisco, 2018).

The PROSPER Trial (NCT02003924) is an international, double-blind Phase III trial, which evaluated Xtandi in combination with ADT compared to ADT only in 1,401 prostate cancer patients with nmCRPC with a PSA doubling time ≤ 10 month and PSA ≥ 2 ng/mL at screening. These 1,401 patients were randomized 2:1 to Xtandi (N=933, 160 mg once daily) or placebo (N=468). The primary endpoint was metastatic free survival (MFS) defined as time from randomization to radiographic progression or death within 112 days of treatment discontinuation). The secondary endpoints included time to PSA progression, time to first use of new antineoplastic therapy, overall survival (OS), safety, and quality of life (QoL). The PROSPER trial met its primary endpoint and most of its secondary endpoints, with OS immature at this interim analysis (Hussain, JCO, 2018). The interim analysis showed that the MFS for patients treated with Xtandi plus ADT is 36.6 months compared to 14.7 months for patients who received standard ADT only (HR=0.29; p<0.0001), showing Xtandi plus ADT significantly reduced the risk of metastasis development or death by 71 percent compared to ADT alone. This MFS benefit favoring Xtandi plus ADT was consistently observed across all subgroup analyzed. In addition, Xtandi plus ADT significantly reduced the time to PSA progression compared to ADT alone by 33.3 months (37.2 months versus 3.9 months, HR=0.07; P<0.0001) with a 93% reduction of PSA progression. Xtandi plus ADT also prolonged the median time to first use of new antineoplastic therapy by almost 22 months compared to ADT alone (39.6 months versus. 17.7 months, HR=0.21; p<0.0001), representing a 79 percent risk reduction. Because the MSF, time to PSA progression and time to first use of new antineoplastic therapy were all significantly improved at this interim analysis, these results became final analysis; however, the median OS had not yet been reached in either treatment arm at this interim analysis with a median follow up of 22 months, and a final OS analysis will be conducted later. The current OS results demonstrated non-significant trend favoring Xtandi plus ADT over ADT alone (HR=0.80; p=0.1519) with a risk reduction of 20%. It is anticipated the OS curve will separate more at the time of final analysis. Adverse events (AEs) from Xtandi plus ADT group were consistent with those reported previously for Xtandi in mCRPC patients; however, the clinical benefits from Xtandi come with some price compared to ADT alone. The Grade 3 or higher adverse events was 31% in patients treated with XTANDI plus ADT compared to 23% in patients treated with ADT alone. AEs of special interest that occurred more frequently with Xtandi group than the ADT group include hypertension (12% vs 5%), mental impairment disorders (5% vs 2%), major adverse cardiovascular events (5% vs. 3%), and convulsion (1% vs 0%). Three seizures (<1%) were reported in patients treated with Xtandi and none were reported for those who were treated with ADT alone. The cardiovascular side effects are of particular concerns for senior patients (aged ≥ 75 years) who had baseline history of cardiovascular diseases (Hussain, JCO, 2018). Notably, there were more deaths in the Xtandi arm (3%) than with ADT alone (1%), but the reason for this is unclear at this point in time. Regulatory applications have been filed based on the positive results of the PROSPER study to both the U.S. Food and Drug Administration (FDA) and the European Medicines Agency (EMA) recently.

The SPARTAN trial of Erleada is similar in almost all aspects to the PROSPER trial of Xtandi, in terms of trial design, patient characteristics, and clinical outcomes, with some drug-specific AEs of special interest. Erleada (a brand name coined on Feb 9, 2018, coincident with the ASCO GU conference) is also an AR inhibitor with similar structure to Xtandi. The SPARTAN trial is a global double-blind Phase III (NCT01946204) trial of Erleada versus placebo also in nmCRPC patients who are high risk for developing metastases with asymptomatic disease. Spartan trial randomized 1,207 patients 2:1 to Erleada plus ADT (N=806, 240 mg once daily) versus placebo plus ADT (N=401). The primary endpoint of the SPARTAN trial was MFS, and the secondary endpoints included OS, time to metastasis, PFS, time to symptomatic progression, time to cytotoxic chemotherapy, safety, and QoL measures. The SPARTAN trial also has exploratory endpoints such as a second PFS (PFS2) that measured the PFS after patients received second treatment at physician’s choice including open-label Zytiga (abiraterone, Janssen). The MFS for patients treated with Erleada plus ADT is 40.5 months compared to 16.2 months for patients who received standard ADT only (HR=0.28; p<0.0001), showing Erleada plus ADT significantly reduced the risk of distant progression or death by 72 percent compared to ADT alone. This MFS benefit favoring Erleada was also consistently observed across all subgroup analyzed. Erleada plus ADT significantly reduced the time to metastasis compared to ADT alone (40.5 months versus 16.6 months, Erleada plus ADT versus ADT alone, respectively. HR=0.27; P<0.0001) with a 73% risk reduction of distant progression. The improvement in mPFS in the Erleada plus ADT arm was significant compared to ADT alone (40.5 months for Erleada plus ADT versus 14.7 months for ADT alone, HR=0.29; p<0.0001), representing a 71 percent risk reduction. At this interim analysis, the median OS was not reached in the Erleada arm, while it was 39.0 months the placebo control arm (HR = 0.7, p=0.07), with no statistically significant difference between the arms, but with a 30% risk reduction of death in the Erleada group. 48% of patients who discontinued treatment of Erleada (145/314) received either Zytiga or Xtandi in subsequent treatment, while 68% (189/279) who discontinued treatment in the placebo arm received either Zytiga or Xtandi. For these patients who received subsequent drug, the PFS2 from the Erleada arm was not reached, while it was 39.0 months in the placebo arm (HR=0.49, p<0.0001), showing a 51% risk reduction of secondary progression. Futhermore, Erleada reduced the risk of symptomatic progression by 55%. Addition of Erleada to ADT was well tolerated. The Grade 3 or higher adverse events was 45% in patients treated with Erleada plus ADT compared to 34% in patients treated with ADT alone. AEs of special interest that occurred more frequently with Erleada group than the ADT group include fracture (11.7% vs 6.5%), hypertension (24.8% vs 19.8%), fall (15.6% vs 9.0%), and seizures (0.2% vs. 0%) (Small, JCO, 2018). Janssen submitted application for regulatory approval to the U.S. FDA in October 2017 based on the SPARTAN results, and the FDA approved Erleada for the treatment of nmCRPC on February 14, 2018.

The results of PROSPER and SPARTAN are impressive and are likely to have nothing short of a significant impact. However, does one agent clearly standout from the other? While cross-trial comparisons should be interpreted with caution, there are several learnings that can been gleaned.

Both Xtandi and Erleada significantly improved median MFS over ADT alone by almost 2 years in patients with nmCRPC. These would seemingly be practice-changing results, yet the argument could be made whether MFS is an appropriate surrogate for OS. In fact, at the interim analyses of the aforementioned trials, both agents (when added to ADT) had numerical trends for OS improvement that were not statistically significant, although the OS data were immature. Importantly, subsequent therapies that patients received can confound OS results, both at interim and final analyses. As seen in SPARTAN, 46% of patients in the Erleada arm and 68% of patients in the ADT alone arm received subsequent therapy with Zytiga or Xtandi. In spite of subsequent therapy use heavily weighted toward the ADT alone, Erleada still demonstrated a trend for OS improvement and a significant improvement in PFS2, showing a 51% reduction in risk of progression following subsequent therapy. Collectively, these would suggest that initial treatment of nmCRPC with Erleada is improving outcomes. While results of subsequent therapy use were not reported for PROSPER, it is likely that Xtandi would have a similar effect. The OS endpoint is especially important for Europe, as the lack of OS benefit may represent a big hurdle for European approval, according to Dr. Axel Heidenreich from Cologne Germany, where just a delay of metastasis may not be enough.

The excitement over the efficacy improvements with Xtandi and Erleada are somewhat tempered by the added toxicities. In fact, while some adverse events are similar, there appear to be some drug-specific adverse events that may differentiate the two drugs, at least based on those reported. Both agents increase rate of all Grade ≥ 3 adverse events compared to ADT alone. Xtandi had higher incidence of any grade hypertension and adverse major cardiovascular events, as well as higher incidence of neurologic adverse events, including mental impairment disorders and convulsions, compared to ADT alone. Also of concern was the increase in deaths in patients treated with Xtandi. On the other hand, Erleada had higher incidence of any grade fatigue, rash, weight loss, arthralgia, and hypothyroidism compared to ADT alone. Erleada also had increases rates of fall, fracture, and seizure, which could reflect similar neurologic toxicity as was seen with Xtandi. Importantly, Erleada agent adverse impacts quality of life. (QoL data was not reported for Xtandi.) According to Dr. Philip Kantoff from the Memorial Sloan Kettering Cancer Center (and discussant for abstracts 3 and 161 at ASCO GU 2018), confidence in these agents will be greater if understanding of the side effects are understood better.

The approval of Erleada and imminent label expansion for Xtandi formally define a new indication and address the need for new agents for nmCRPC. Moreover, the availability of these two agents could very well signify the beginnings of a paradigm shift in the overall treatment algorithm for prostate cancer. While the risk of drug-specific toxicities may cause physicians to hesitate in treating asymptomatic nmCRPC patients, the efficacy results of PROSPER and SPARTAN are likely to drive the use of Xtandi and Erleada, respectively. However, it is unclear which agent may be preferred. Being first approved for nmCRPC may give Erleada an edge, but physicians have familiarity with Xtandi in treating mCRPC patients. The battle has just begun.